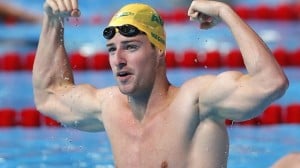 Six top Australian swimmers have been warned against their future conduct after an Australian Olympic Committee (AOC) probe into their conduct in the run-up to London games last year.

The six swimmers have been told they risk being excluded from the 2016 Olympics. The AOC report also criticized Swimming Australia for its failure to inform the Olympic team management of the incident and instructing head swimming Coach Leigh Nugent, who has since resigned, not to do so. AOC president John Coates said Nugent won't ever be on one of our teams again.

In April, Swimming Australia fined and gave deferred suspensions to world 100 meters freestyle champion James Magnussen and his 4x100 relay teammates for making use of a banned sedative and indulging in pranks in a bonding session before the Games. In February, Matt Targett, Eamon Sullivan, James Roberts, Cameron McEvoy and Tommaso D'Orsogna and Magnussen admitted using the sedative Stilnox and their involvement in "childish" pranks at their training camp in Manchester before the Games.

A brand of the medication zolpidem, Stilnox, is not banned by the World Anti-Doping Agency but was prohibited by the Australian Olympic Committee just before the London Games after former Olympic champion Grant Hackett said he had become addicted to it. The swimmers were given the benefit of the doubt that they believed the Stilnox ban would not come into effect until the team entered the athletes' village in London.

The report by Australian Olympic Committee decided that the punishment imposed on the swimmers was sufficient but AOC issued a warning that any further conduct which brings them or their sport into disrepute would be likely to render them ineligible for selection to the 2016 Olympic team. AOC president John Coates remarked any more incidents would make the swimmers jointly and severally liable for the up to A$150,000 ($135,300) costs of the investigation. Coates added there is just no excuse for this sort of behavior, these are financially well-supported swimmers, some of them had a number of Olympic Games and so he is disappointed with that. Swimming Australia fines amounted to between 25 and 100 percent of a quarter of the swimmers' annual athlete support grant, Coates said.

The AOC president also announced that Australia would have its first woman Chef de Mission in Rio de Janeiro in 2016 with Kitty Chiller who will replace London head and former Olympic champion rower Nick Green who decided he would not be able to dedicate sufficient time to the job. Kitty Chiller was an Olympian in modern pentathlon Sydney in 2000 and a deputy Chef de Mission in London.

In another development, Coates was elected as the new International Olympic Committee (IOC) vice-president after his Syrian rival Sami Moudallah withdrew from the vote. The 63-year-old Coates, who has been with IOC since 2001, will be the second Australian to fill the position of IOC vice-president after Kevan Gosper. Coates also welcomed the appointment of John Bertrand as President of Swimming Australia Ltd and remarked John is a two-time Olympian and a bronze medalist and he has a proven track record in high performance sport and added John has impeccable connections in Australian sport and business communities and we are very supportive of his appointment. 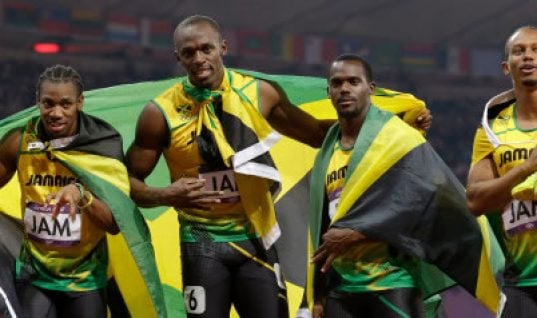