French professional footballer Samir Nasri who plays for Spanish club Sevilla on loan from Manchester City is under investigation by the Spanish Agency for Health Protection in Sport over an intravenous drip treatment he received in the United States. 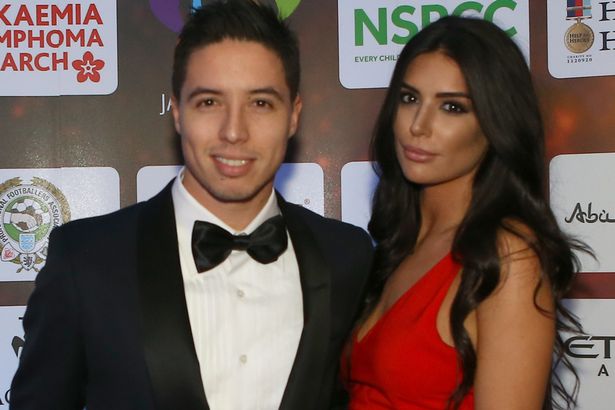 The Spanish Agency for Health Protection in Sport (AEPSAD) remarked it has initiated the appropriate steps to clarify what treatment was received by the player Samir Nasri. The Drip Doctors clinic where Nasri was treated remarked Nasri received its "Immunity IV Drip" that involves one liter of hydration and is designed to "combat superbugs and common viruses." The clinic said the drip had high dose vitamin C, B vitamins, lysine, and zinc combined with specially formulated nutrients.

Under World Anti-Doping Agency rules, there is a 50 milliliter limit for active athletes. The prohibited list of WADA includes intravenous infusions and/or injections of more than 50ml per six-hour period except for those legitimately received in the course of hospital admissions, surgical procedures or clinical investigations.

Nasri is due to return to Spain after spending part of the La Liga winter break in the United States. He will be able to play for Sevilla while an investigation takes place. Enrique Gomez Bastida, the director of AEPSAD, said no sanctions could be put in place until all the facts were known. The AEPSAD director it is necessary to know in what frame and in what situations the IV drip occurred. Bastida added we will verify the facts to know where we are and added you have to be careful with the rumors. The AEPSAD director also commented there is no sanctioning procedure at the moment in the Nasri case and so there could be no interim injunction.

The problems of Nasri added when a series of bizarre Twitter comments appeared on his account. It was claimed by the tweets that he romped with a medic who gave him an intravenous drip in his hotel suite as part of a full sexual service. Nasri denied making the tweets and said the account could have been hacked by his ex-girlfriend Antara Antanes. The 27-year-old model denied hacking the account and said she is no longer together with Nasri.

The Brighton-born beauty was with Nasri where flu-stricken Nasri was booked for treatment with the Drip Doctors. It was claimed by Antanes that the physician’s assistant Jamila Sozahdah was taking off her skirt and drinking champagne. The 27-year-old model has been previously linked to former Premier League stars Darren Bent, Kieran Richardson and Jermaine Pennant and former Arsenal star Freddie Ljungberg.

Nasri made his professional debut in September 2004 and became a regular starter in professional club Olympique de Marseille the following season. Nasri won the National Union of Professional Footballers (UNFP) Young Player of the Year award in the 2006-07 edition of the UEFA Cup. Nasri was named the French Player of the Year in December 2010 for his performances during the calendar year. He has represented France at the UEFA Euro 2008 and UEFA Euro 2012.