Russian President Vladimir Putin has rejected accusations that the country had a state-controlled system for supporting the abuse of performance enhancing drugs in sports. 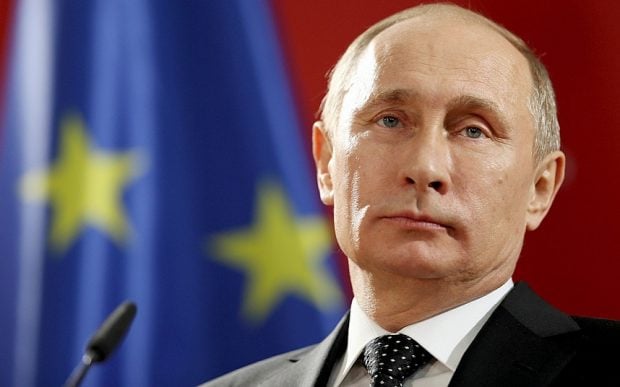 Putin said Russia never had and will never have such system as it is simply impossible. The President of Russia added we will be doing everything possible to prevent doping. Putin went on to remark that all possible instances of doping abuse are under investigation by the Russian Investigative Committee and the Prosecutor General’s Office. Putin also said he is confident that the activities of any anti-doping agency, including the World Anti-Doping Agency, should be transparent, clear and verifiable, and we should be aware of the results of its work.

Putin questioned the work policies and activities of WADA. He remarked everything is done behind closed doors and should be open. The Russian President said the element of political interference in sports must always be excluded as in the sphere of culture because there is a specific geopolitical element in both of these spheres. Putin said we all need to make sports clean of any politics just like culture. Putin said sport is like culture and it unites people and not divides them. Putin did admit that the issue of doping in sports is prevalent in Russia just like in any country. He commented we all must do something and everything possible for eliminating this big problem.

The Russian President did not rule out of the possibility of WADA whistleblower Grigory Rodchenkov working for long on foreign instructions. Putin said there could be a possibility that Rodchenkov quite possibly even invents something in addition. Putin said he could hardly imagine how Rodchenkov could have possibly smuggled the banned substances across the Canadian or American border. The President said the former Russian anti-doping laboratory chief was smuggling all kind of junk in his country and made people fell for doping.

Rodchenkov had told Western media that athletes of Russia largely used performance enhancing drugs on the behest of Russian national sport authorities at the Sochi 2014 Olympics. In an interview with the New York Times, Rodchenkov claimed lists of national athletes whose doping samples he had to swap during the Sochi Games was sent to him by an unnamed official from the Russian Sports Ministry. Rodchenkov added a special cocktail of three banned doping substances was developed by him for the national athletes at home Games two years ago.

In another development, World Anti-Doping Agency (WADA) president Craig Reedie remarked Russia is cooperating with WADA. Reedie remarked it is important that Russia becomes compliant at the earliest possible moment and added they have to do it in such a way that the rest of the world believes they are compliant and they will continue to be compliant. Reedie further remarked we have had two international experts in Russia for many months. The WADA President said he is satisfied with the cooperation level that WADA receives from the Russian side. Reedie also said the World Anti-Doping Agency WADA is now “increasing” its investigative capacity for dealing effectively with doping allegations in the future.