question about my low dose stack

in my experience tren Ace is fucking boss

so what do you think about this low dose stack?

bro I wouldn’t call that a low dose, you’re still getting around 210mgs of trenbolone/week and about 120mgs sustanon/week – and sust builds up and you probably getting the long test ester overlap weeks later….decent cycle, but don’t expect a lot…..at least add n2guard to protect your liver bro…

thanks for the reply’s fellas

i want to keep the test as low as possible and still get some benefit from it, like TRT dose

so 125 mg seems to be the absolute minimum dose

here’s a little info about me:

bro studies have been shown to lie and give false information…so I wouldn’t put full stock in them…but if you want to keep to the minimum test level 125mgs is fairly low (and probably lowest) you can go.

from what i’ve read on different roid boards higher doses of test make you thicker and fuller but that you shoudn’t go over 1 gram per week if you don’t use gh, which i don’t  (the most test i’ve run is 500 mg of test e per week)

i’m naturally kind of “flat” because i am very lean and also because i am more naturally dry, so i’m thinking maybe i need to up the sust to 500 mg per week, and as far as tren goes it seems that the sweet spot for max gains is 100 mg ed but i don’t think i need to go that high top reach 180, for 2 bills maybe… (the most tren i ran was 50 mg per day, but i only stayed there for about 2 weeks)

and i forgot to mention that i front loaded the sust @ 500 mg the starting week of the cycle, which was bout 4 weeks ago

bro 100mgs ED is a hard pin, you’ll get some serious PIP…how about at least EOD for trenbolone….

i have 2 options here

the final app for me would be 750 mg of sust per week and 700 mg of tren per week, but i’m not even sure if i’ll ever need to go that high since my final goal ain’t so high ie. 2 bills @ 6% (but that is a pretty big dude actually LOL)

i follow a blast/cruise protocol and i never go completely off, and in fact, right now i’m on a semi-cruise seeing as i got the sust bout as low as it can go and the tren is @ 210 mg per week, which is pretty low yes? most guys seem to run tren @ 500-700 mg per week and some even go as high as 1 gram, pinning 150 mg ed

bro I suggest you keep the sustanon low and do ED tren = better results….

Thanks for sharing this amazing and informative blog.

In addition her belief in Greek gods coming from her demise father isn’t all that interesting and https://www.gethomeworkonline.com/do-my-college-homework smacks a bit of convenience. That stated her determination and will which we have got already seen masses of do come thru very strongly right here and there is absolute confidence that she is a powerful foe for Cray.

Thank you for the thread.
live net tv

I vote on the question or comment. I will also make comment if I feel my words contribute to the discussion and has not be completely duplicated by someone else’s words. I am interested in all of the discussions, although I may not be able to post my opinions because my workplace and I have to wait until the end of the day to make my comment or provide an answer.
angry birds

This Is Really Great Work. Thank You For Sharing Such A Good And Useful Information Here In The Blog  ELECTRIC BIKE CONVERSION KIT 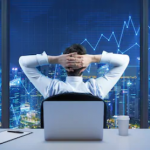 Download the best games and mod apk from this apk site

Excellent way of telling, and nice article to obtain information regarding my presentation topic, which i am going to present in academy.
Watch High quality movies online here
Putlocker
SolarMovie
Fmovies

I have been watching you for a long time and today I left a comment, I want to say that I admire you so always do such wonderful things. basketball legends

Upload an image
Admin has disabled this function.
Add an image via URL
Cancel