The bid of Russia to be reinstated by the International Paralympic Committee (IPC) in time for Pyeongchang 2018 has been boosted after a letter expressing their support for Russia was written by 14 countries. 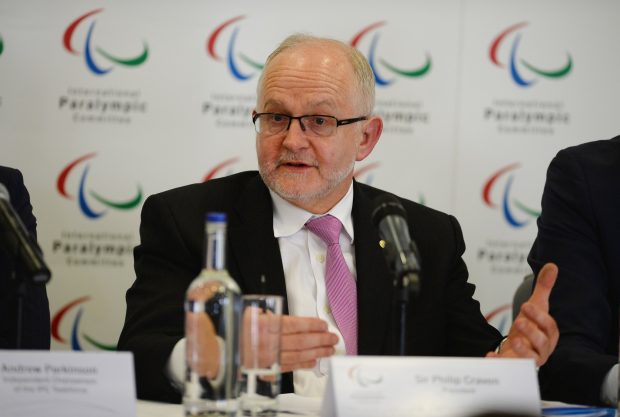 The Russian Paralympic Committee (RPC), which is currently suspended from the IPC, organized a round-table meeting after which the letter was sent. The National Paralympic Committees represented at the meeting were those of Armenia, Belarus, Bulgaria, China, Montenegro, Serbia, South Korea, Tajikistan, Kazakhstan, Kyrgyzstan, Laos, Moldova, Mongolia, and Vietnam. The meeting was also attended by representatives from the International Wheelchair and Amputee Sports Federation.

The letter released by the RPC reads we, the signatories, are inspired by the Russian Committee’s work to create an open environment with zero tolerance for doping and to protect clean sports; to create systematic technologies; to raise awareness in anti-doping issues not only among athletes but also among those who train them; to set up a database to prevent the use of doping in Russian Paralympic sports. The letter also reads that the efforts of RPC deserve praise and may become an example for many other National Paralympic Committees. It was also remarked in the letter that we are convinced that it would be useful to share documents and references developed by the RPC with all Paralympic Committees, because they have proven to be an efficient instrument in anti-doping efforts. The letter also reads we share the opinion of the International Paralympic Committee President Philip Craven that the Paralympic Committee of Russia continues to demonstrate sustainable and positive progress towards meeting the criteria for recovering its membership.

Last year, the International Paralympic Committee announced that Russia would be banned from Rio 2016 following the release of a report by Canadian lawyer Richard McLaren that was commissioned by the World Anti-Doping Agency (WADA). McLaren revealed the presence of a state-sponsored doping scheme within the Russian system. The Canadian lawyer disclosed what he described, as the "disappearing positive methodology" - where positive samples were swapped for clean ones.

The anti-doping system in Russia was described by IPC President Sir Philip Craven as "broken, corrupted and entirely compromised" when confirming the suspension of the Russian Paralympic Committee. The IPC Chief had accused the government of Russia of "catastrophically failing" its Para-athletes, claiming the "medals over morals attitude disgusts him".

There are still doubts whether Russia would be able to participate at the Winter Paralympic Games in Pyeongchang next year. The fate will be revealed at the IPC Governing Board meet in Abu Dhabi, the capital of United Arab Emirates, on September 3 and 4. However, it is widely believed that RPC may not be reinstated by the IPC, especially after Sir Philip warned some months ago that it would be "very unlikely" for Russia to compete at Pyeongchang 2018 should the suspension not be lifted. The decision will depend on the verdict of an IPC Taskforce that has been overseeing the reinstatement progress of Russia. The Taskforce, chaired by British Rowing's chief executive Andy Parkinson, commended the commitment and enthusiasm of the RPC to achieving reinstatement but many key criteria were deemed to have not been met.