Retired UFC welterweight champion Georges St-Pierre, who has always been a proponent of improved drug testing measures in mixed martial arts, says the five-year suspension of Nick Diaz is questionable and a raw deal. 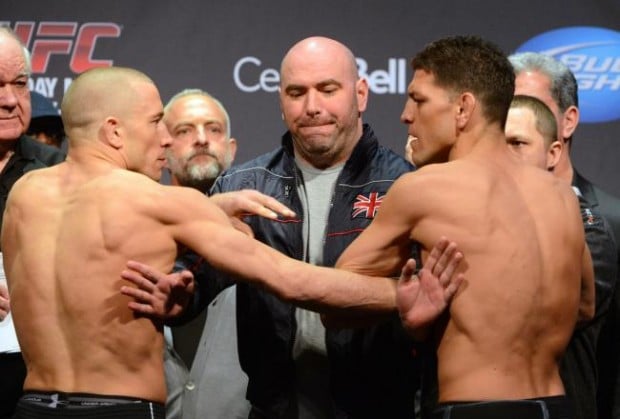 St-Pierre said the suspension of five years is too much, especially when you think about Anderson Silva and other guys who were doping and received a lighter suspension compared to Diaz. Silva tested positive on January 9 for Drostanolone, Androstane, Oxazepem, and Temazepem in pre-fight drug screening. The retired UFC welterweight champion also commented that he believes the commission wanted to make an example out of Nick Diaz and send a message as he was a colorful character who makes a lot of noise and talks a lot. St-Pierre said he could feel like Nick has been made an example just like they did in the Olympics with Marion Jones and added he thinks everyone is entitled to a second chance.

Georges St-Pierre also said he believes fighters who fail drug tests for marijuana should not be treated in the same way as those who fail drug tests for anabolic androgenic steroids and other performance enhancing drugs. St-Pierre remarked he would like to see Diaz back in action soon. The former UFC welterweight champion said marijuana is a drug but he thinks there should be different penalties for certain products competitors use, because this makes no sense. St-Pierre said marijuana could help someone that suffers from anxiety, but it won't make you stronger or more powerful and he doesn't think it should be judged upon so severely. Georges also said Nick is a very charismatic guy and he is not someone he hates. He also said several things were said before their fight, but it was purely from a sporting perspective and he didn't take any of it personally.

The Nevada State Athletic Commission suspended Diaz for five years and fined him $165,000 following his failed drug test at UFC 183. This was in the wake of his third marijuana infraction after a decision loss to Anderson Silva at UFC 183. Diaz faced Carlos Condit in the main event at UFC 143 during Super Bowl weekend where he was initially expected to meet Georges St-Pierre and tested positive for marijuana metabolites in a post-fight drug test. Diaz was suspended for one year, retroactive to February 4, 2012 at the hearing in May 2012. The American mixed martial artist who is currently signed with the Ultimate Fighting Championship is a former Strikeforce Welterweight Champion and former WEC Welterweight Champion.

In another development, UFC lightweight contender Donald Cerrone said he does not think Nick Diaz should have received a suspension of five years for smoking a little pot. Many UFC and MMA fighters have came in defense of Diaz, including UFC lightweight contender Donald Cerrone. Recently, a fan of Diaz made an over-100,000 strong White House petition to ‘Free Nick Diaz’. His petition was championed by St-Pierre, comedian Katt Williams to musicians Wiz Khalifa and Cher. The petition reached the threshold required for White House comment only two days before it was set to expire and has garnered nearly 110,000 signatures. Assistant White House Press Secretary Frank Benenati remarked there would be an official response within two months. 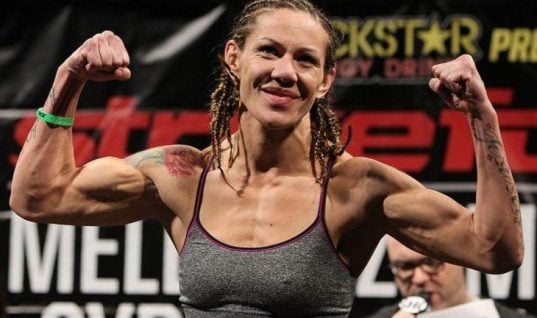