The Swiss Federal Tribunal (SFT) has rejected the appeals of 34 past and present Essendon players who were banned for doping. 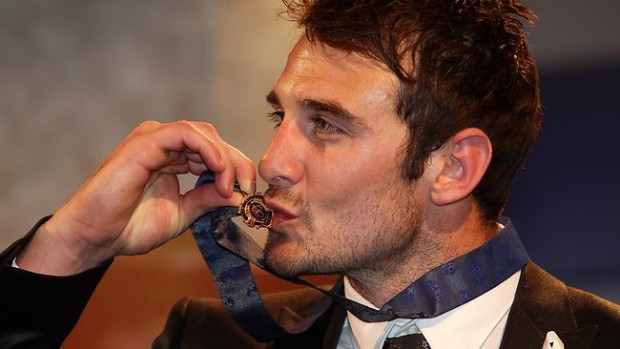 Suspensions of two years were imposed on the Australian Rules football players after the Court of Arbitration for Sport (CAS) upheld a World Anti-Doping Agency (WADA) appeal in January of this year. It was ruled by the Swiss Federal Tribunal that the players had "lost their right to challenge the CAS jurisdiction in appeal" after accepting the verdict of the CAS.

A statement from the CAS read the SFT added that, even if the jurisdiction of CAS had been properly challenged by the players, CAS jurisdiction in this matter would have been confirmed and the appeal would have been dismissed. The statement further reads the Arbitral Award, as a consequence, rendered in this matter and the sanctions imposed on the players remain in force.

An AFL Commission is presently whether Essendon captain Jobe Watson, who received the Brownlow Medal, awarded each season to the player judged fairest and best in the AFL, in 2012 should be allowed to keep the award.

Essendon chairman Lindsay Tanner said remarked decision of the SFT had not changed the view that the penalty handed down by the CAS was manifestly unfair on its players. Tanner added the club received notification this evening that the players’ appeal has been dismissed by the Swiss Federal Court and also said it is obviously disappointing for our players. The Essendon chairman further added the club respected and supported the players' decision to exercise the only legal right to appeal they had in this process and also remarked we maintain our view that the decision and penalty handed down by the Court of Arbitration for Sport was manifestly unfair on our players.

The World Anti-Doping Agency had contested the decision of the Australian Football League (AFL) Anti-Doping Tribunal after it remarked there was insufficient evidence to find the players guilty of offences arising from the controversial 2012 supplements program of the club, with the Court of Arbitration for Sport then ruling in their favor. This doping case came to limelight from an investigation in February 2013 by the Australian Crime Commission that released the Organized Crime and Drugs in Sport report, which alleged widespread doping in Australian sport. The Australian Sports Anti-Doping Authority (ASADA) initiated action against the players as a result in June 2014, via the AFL Anti-Doping Tribunal, alleging doping through the use of the banned peptide Thymosin Beta-4.

A majority of the named players received bans of two years but their suspensions were backdated, with some ending next month that cleared them to return to the sport in time for the new AFL season. Essendon missed the 2016 campaign, however, which culminated in the Western Bulldogs beating Sydney in the Grand Final. Essendon - whose record of 16 Premiership titles is the best in the sport's history - failed to qualify for the finals as a result of the doping bans and finished bottom of the 18 teams in the ladder round.