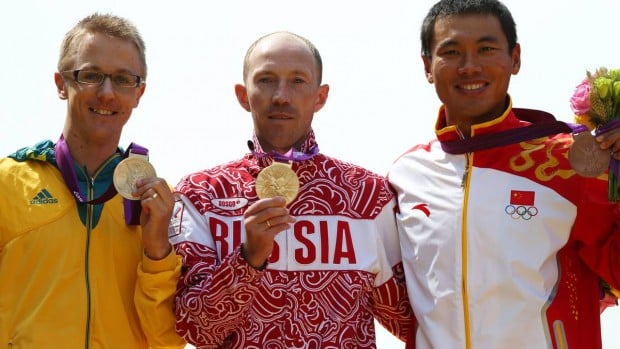 Tallent urged all Russian athletes – especially those coached by Viktor Chegin – should be banned from competing in the 2015 World Championships in Beijing in August. Tallent said Chegin has had 17 of his athletes banned for doping and he thinks all Russian athletes should be banned from all athletics events at the world championships. He added that there is systematic doping within the country and the only way they will stop is if they are banned.

The Australian took silver in the 50-kilometre walk at the London 2012 Olympics behind Sergey Kirdyapkin, who recently received a doping ban from RUSADA. The race walker received a three-year, two-month suspension backdated to October 2012. The Russian Anti-Doping Agency annulled his results for three separate periods between 2009 and June 2012, which means that Kirdyapkin can keep the gold he won in London a few months later. The ban imposed on Kirdyapkin will expire in time for the 35-year-old to defend his title at Olympics 2016 and Jared Tallent said the punishments meted out are insufficient.

Sergey Kirdyapkin and Olga Kaniskina were banned for three years and two months, while Valery Borchin received a ban for eight years from October 15, 2012. The Russian Anti-Doping Agency said their performance results were also annulled.

The Russia's Anti-Doping Agency secretly found Kirdyapkin guilty of doping in 2012 but the ban has only come to light this week. The Russian Anti-Doping Authority has stripped Kirdyapkin of a gold medal in the 2012 World Cup in Russia and promoted Tallent but Tallent is furious on how Kirdyapkin managed to retain the London Olympics 50km title from the same year.

Tallent told local media in Australia that he is totally shocked the way the bans have come and results annulled. He added it is like they have just cherry-picked certain periods of time and he can't understand how Kirdyapkin gets to keep his Olympic gold and then he is given a three-year, two-month ban so he can return for Rio. The Australian race walker said it is like the Russians are laughing at the rest of the world, saying they can do whatever they want and added it is just crazy.

Tallent has received the backing of Athletics Australia (AA) that called on the International Association of Athletics Federations (IAAF) to implement immediate action" in regard to RUSADA's handling of Kirdyapkin. In a statement, AA president David Grace said it seems extraordinary to us that as a result of doping infractions Sergey Kirdyapkin can be ineligible for periods immediately before and after the London Olympics but not so during it. He added we will be asking the IAAF to conduct a full investigation into the validity of Kirdyapkin's participation in the 50km walk in London where he defeated silver medalist Jared Tallent by less than a minute and also remarked the full circumstances of his pre-Games doping offense and subsequent imposition of penalty need to be fully disclosed.