Travell Ngatoko, experienced Taranaki Sharks player, has been suspended for six months after he tested positive for Cannabis. 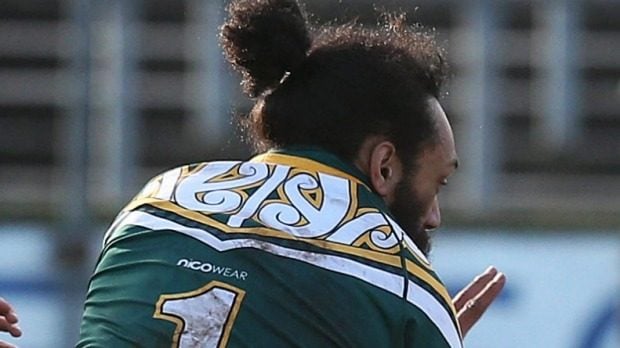 The A sample of the Taranaki rugby league player recorded readings of the banned substance above limit of the World Anti-Doping Agency following the team's 22-8 National Championship loss to Southland in September. Ngatoko was provisionally suspended without opposition on December 13. Ngatoko argued, through his legal counsel, before the New Zealand Sports Tribunal hearing that he should escape the reprimand because of the extremely low reading and his admission to the offence. The legal counsel for Ngatoko said the use of Cannabis by Ngatoko was not for performance enhancing reasons and highlighted a lack of information following changes to the competition.

The case of Ngatoko was the first heard by the New Zealand Sports Tribunal involving Cannabis under the new regime. The tribunal noted in its summary that any reasonable athlete, given he was breaking the law, should have known that smoking Cannabis risks breaching the sports rules.

Alan Jackson, the coach of Taranaki Sharks, remarked it came as a surprise to him when Travell Ngatoko was taken away for a drug test after the match. Jackson added it is a warning to anyone playing sport at representative level that something like this could happen and added Ngatoko is obviously disappointed about this, and he was when it happened.

The coach of Taranaki Sharks added the Sharks organization had to take cognizance of the matter. Jackson remarked it is a bit about education with these things and also commented that we might not have done enough to let the boys know that this can happen but we will learn from this and make sure we're making the players more aware going forward.

Ngatoko will now be able to make a comeback to the sport on May 3 that means he would miss very little of the Taranaki rugby league season.

In another development, two rugby league players from opposing teams in the same game received a ban of six months each from all sport after they tested positive for Cannabis. The Sports Tribunal of New Zealand said Southland's Stacey Mikara and Taranaki's Travell Ngatoko were representing their respective sides in a New Zealand Rugby League National Championship game in September last year. Both players were suspended for the presence of a Cannabis metabolite in a concentration higher than that permitted under the World Anti-Doping Agency's Prohibited List.

Drug Free Sport NZ Chief Executive Graeme Steel remarked it is important for athletes from all codes and at all levels to recognize that social drugs and competitive sport do not mix. Steel added the threshold for reporting cannabis was raised a few years ago, and these are the first cases that we have seen since then. The Drug Free Sport NZ Chief Executive added the two cases are a reminder to athletes that Cannabis and other recreational drugs are prohibited in sporting competition and added the cases highlight the fact that athletes can be tested at any time and there are severe consequences if they break the rules.