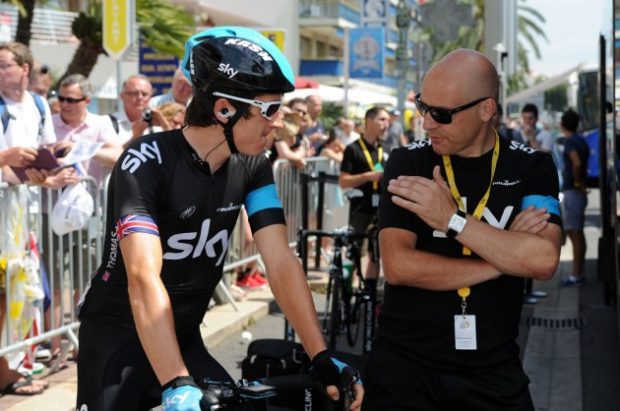 Kenworthy said it was very strange to accept that people remember so many things about the mystery medical package that was delivered to a Team Sky doctor for the British cyclist Bradley Wiggins on the final day of the 2011 Criterium du Dauphine but no one remembers what was in the package. The pack was delivered by Simon Cope, a coach then employed by British Cycling. Kenworthy remarked it is very extraordinary that Cope was carrying a package containing medicine across international boundaries and no idea what was in them.

Brailsford had admitted in the past that he "badly" handled the crisis after the initial explanations for the delivery provided by him to a leading newspaper later turned out to be wrong.

Britain's most decorated Olympian, Wiggins has been under scrutiny after news emerged that he was granted a therapeutic use exemption (TUE) to take powerful anti-inflammatory drug Triamcinolone before the 2011 Tour de France, his 2012 Tour win and the 2013 Giro d'Italia. His use of Triamcinolone had been approved by British authorities and the UCI, the world governing body of cycling.

Kenworthy also blasted the International Olympic Committee for its soft stance on the Russian doping scandal. The UKAD Chairman said the IOC had made a complete muck-up by not suspending the entire Russian team from the Rio Olympic Games last summer. Kenworthy suggested Russia should now be banned from the next Winter Olympics in 2018 and added the International Paralympic Committee in his view got it right by banning Russia.

The chairman of UK Anti-Doping said there was too much politicization going on and that was the problem. Kenworthy said people were probably trying to protect vested interests and added it is so important that we get this right because we are in danger of losing the confidence of spectators. He further said there is no point of having sport if they stop going. Kenworthy went on to comment that it was just extraordinary what was done and said it is more extraordinary than a James Bond novel, and it just debases all of sport. The outgoing UKAD chairman said we are still getting denials of any wrongdoing and strange statements about whether it was state-sponsored or not and added what we now need to do is get Russia back in the fold, and that is taking some considerable time and effort.

In response to comments of Kenworthy, Team Sky said we as we have said from the start are confident that there has been no wrongdoing. The professional cycling team added we are continuing to co-operate fully with UKAD and we look forward to the conclusion of the investigation. British Cycling, on the other hand, decided to stay quiet and said they cannot comment while a UK Anti-Doping investigation is ongoing.