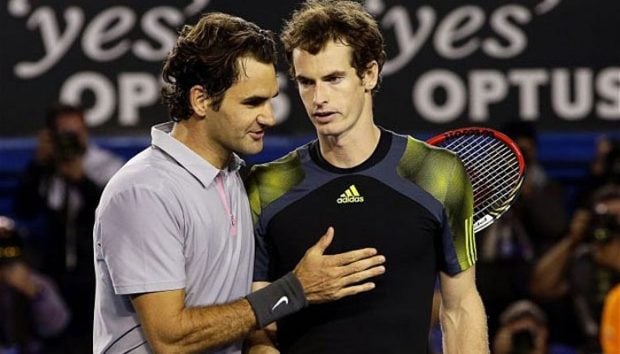 Doping in tennis has been under intense scrutiny ever since former women's world number 1 Maria Sharapova was given a suspension of two years in March for taking the banned substance Meldonium. Her suspension was later reduced to 15 months on appeal.

The anti-doping annual budget of tennis is about $4 million (pounds 3.2 million) that is paid for by the International Tennis Federation, the Association of Tennis Professionals (ATP), Women's Tennis Association (WTA), and the four Grand Slam events (the Australian Open, the French Open, Wimbledon, and the US Open).

Federer said it is really hard for him to tell but with all the money we have in the sport, you would think they would have more funding for the anti-doping program. The Swiss professional tennis player said that seems logical to him but maybe it is not so logical to get that money because we have had some issues in the past but it is not been all the time everywhere. Federer added he would like to see more funding, no doubt about it, especially during the off-season. Federer also commented that he would like to see more funding for when the players work the hardest and also said the best way is that you get tested every, let us say, quarter-final that you play in a tournament so you know there will be testers there when the prize money and the points go up.

Roger Federer added it will be a good thing to have for minds f the players and for the off season you don’t want just a few countries to do their utmost and for other countries to never test. Federer also commented it needs to be across the board and that is why he thinks internationally it needs a lot of funding.

Andy Murray, one of the most prominent anti-doping advocates in the present-day men tennis stars, had condemned Head, the racket company he has used throughout his career, and said Head should have got hold of the facts and let things play out, like more information coming out before making a decision to extend the contract like that, in his view.

Reformed drugs cheat David Millar then called for sponsors like Head to be penalized every time one of their athletes doped. Millar had added they would become more pro-active and they would actually have to buy into the fact they are there to prevent and not just external bodies that have nothing to do with it.

Previously, Murray had also said the International Tennis Federation has not done enough to protect the integrity of the sport. Murray had remarked all sports can do more and added a ban should be imposed if someone is taking a prescription drug that they don’t necessarily need. Murray said if someone is taking performance enhancing drugs and fails a drugs test, there should be a suspension.