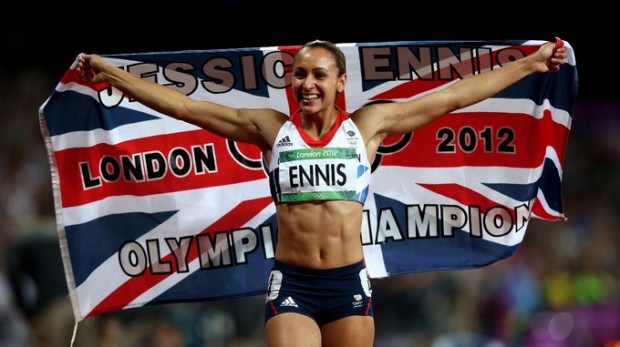 In a statement, CAS said all three athletes have been found to have committed an anti-doping rule violation of the International Athletics Federation (IAAF) Competition Rules after analysis of their Athlete Biological Passports (ABP) showed evidence of blood doping.

It was announced in January 2015 that Chernova, the Olympic bronze medalist at Beijing 2008 and London 2012, failed a test for banned anabolic steroid Oral Turinabol, which was the primary drug administered to approximately 10,000 athletes from the former East Germany during its systematic doping program. Chernova was stripped of her 2011 world title for a doping violation and Britain's Jessica Ennis-Hill is now set to be awarded the gold medal. The CAS said in a statement that the analysis of Chernova's Biological Passport showed evidence of blood doping. The Court of Arbitration for Sport annulled results of the Russian heptathlete achieved between August 15, 2011 and July 22, 2013 that saw her getting stripped of the world title she won five years ago as well as her bronze medal from the London Olympics in 2012.

Chernova was banned for a period of three years and eight months from February 5 this year. A doping suspension of two years already imposed on her July 2013 by the Russian Anti-doping Agency would be deducted from her total ban period.

Ennis-Hill, who retired from athletics last month, will become a triple world champion having also claimed heptathlon gold in 2009 and 2015. She finished second behind Chernova in Daegu. Germany's Jennifer Oeser is set to be promoted from her third place finish while Polish athlete Karolina Tyminska will now be given a bronze medal from the 2011 championships. The decision of CAS also means Chernova also loses her London 2012 bronze medal, with Lithuania's Austra Skujyte upgraded from fourth place.

Ennis-Hill's coach Toni Minichiello said we have always known that Jess was the 2011 world champion, so it is nice to be able to finally be able to say it in public. Minichiello added it just adds credence to his belief that she is the best female athlete Britain has ever produced and also said she goes down as a three-time world champion, an Olympic gold and silver medalist, and a fantastic, fantastic athlete.

Ennis-Hill missed the 2014 Commonwealth Games to have son Reggie, and did hint about retirement immediately after winning silver in Brazil. She made a return to win the World Athletics Championships in Beijing last year having already achieved the qualifying standard for Rio.

Sharmina will be banned for three years from December 7, 2015 with all results achieved by the 800m runner between June 17, 2011, and August 5, 2015, annulled, and Ugarova for two years, beginning September 7, 2015 with all of her results annulled between June 26, 2012, and December 25, 2012. Last year, Ugarova was mentioned in an ARD investigation that looked into Russian doping.