The ethics commission of the International Association of Athletic Federations, the sport’s world governing body, has suspended the head of Kenyan athletics and two senior colleagues. This decision was made after allegations of subverting anti-doping procedures and corruption were made against these officials. 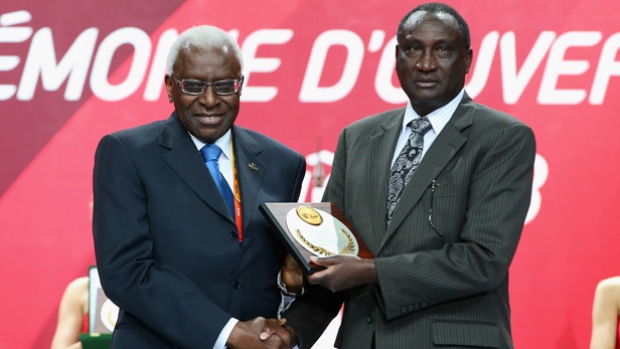 This decision came less than a month after Russia became the first country to be banned for an indefinite period after accusations of running a systematic doping regime that lasted for many years.

The ethics commission suspended Isaiah Kiplagat, the president of Athletics Kenya, Vice-president David Okeyo and Joseph Kinyua, a former treasurer, for 180 days. The committee found sufficient evidence to launch investigations and accused them of potential subversion of the anti-doping control process in Kenya and potential improper diversion from Athletics Kenya of funds received from Nike, an American sportswear manufacturer.

The committee also disclosed that a prima facie case has also been found to exist in respect of Kiplagat in relation to receipt, personally or by Athletics Kenya, of an apparent gift of two motor vehicles from the Qatar Association of Athletics Federation in the period 2014-2015. Okeyo, who sits on the 26-member ruling council of the IAAF, denied allegations that he and two others siphoned off $700,000 from money that was given by Nike in 2012 to Athletics Kenya. Okeyo insisted that the claim was made up by a disgruntled ex-employee.

The ethics commission of the IAAF appointed Sharad Rao, a former director of public prosecutions in Kenya, to lead the investigation.

A few days back, two-time cross-country world champion Emily Chebet was among seven Kenyan athletes who were banned for doping. Chebet received a ban of four years for testing positive for masking agent Furosemide. Joyce Zakary and Koki Manunga, who were provisionally suspended at the World Championships this year, also received four-year bans for Furosemide.

Agnes Jepkosgei, Bernard Mwendia, Judy Jesire Kimuge and Lilian Moraa Marita also received doping bans. Jepkosgei was banned for four years for testing positive for the anabolic steroid metabolite, Norandrosterone and Mwendia was given a two-year ban for Norandrosterone. The ban imposed on Kimuge is for two years for testing positive to Norandrolone and Marita got a doping ban of two years for the blood-booster EPO.

Kipchoge Keino, the chairman of the Kenyan Olympic Committee, issued a warning in November that the World Anti-Doping Agency is considering the idea to ban Kenya for a period of four years from athletics due to its sub-standard anti-doping systems. If this happens, it would be a huge blow to a nation that has been considered for years as one of the top nations for long-distance running.

In November this year, WADA officials said the anti-doping systems of Kenya were below the standards that are required to combat doping cheats in effective ways. Investigations have already been launched by the world governing body of athletics that Kenyan track officials were involved in covering up positive doping tests.

Corruption is widespread in Kenya that is evident from the fact that the African country was ranked 145th out of 174 nations in Transparency International’s latest anti-corruption index.