Viktor Kolesnikov, Director of Russia's Centre for Race Walking in Saransk, has been banned for four years by the Russian Anti Doping Agency (RUSADA) for "violating anti-doping rules". 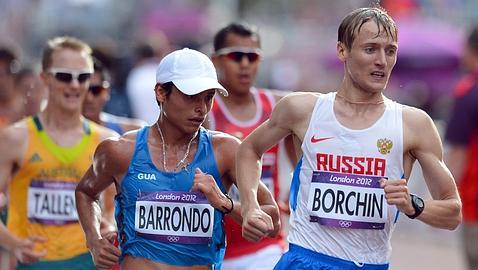 Kolesnikov was banned after an investigation into systematic doping after a surfeit of failed drugs tests by at least 17 leading race walkers under his charge. The athletes, including the reigning Olympic and world champion and world record holder, Elena Lashmanova, have served bans. Elena was suspended for two years in July for taking banned substance GW1516.

In a statement, the Russian Ministry of Sport disclosed that RUSADA has decided to suspend Viktor Kolesnikov. It was explained by RUSADA on its website that the ban imposed on Viktor Kolesnikov started on August 21 this year, and was due to a violation of paragraphs 9.2., 9.6., and 9.10 of the All-Russian anti-doping rules that relate to the use of prohibited substances and prohibited methods and being part of a doping plan or scheme.

Sports Minister Vitaly Mutko reiterated that Russia plays an active role in the fight against doping, and will continue to use all available means and methods to teach the society about zero tolerance for doping. However, there was no word for Russia head coach Viktor Chegin, who trains all of the country's top walkers at Saransk where Kolesnikov was believed to have more of an administrative role. Recently, an online campaign lobbying the IAAF to ban Chegin for repeated doping cases in his squad was made by Australian Olympic walking medalist Jared Tallent. IAAF vice-president, Sergey Bubka, praised the campaign of Jared Tallent on Twitter and assured to raise the issue at an IAAF Council Meeting. The Russian head coach was dropped from the team for the European championships in August in connection with the anti-doping probe but still has managed to train athletes.

In 2008 prior to the Beijing Olympics, five Russian athletes were banned after they tested positive for Erythropoietin (EPO). Those banned included Vladimir Kanaykin, men's 20 kilometer world record holder who returned to competition to win silver at the 2011 World Championships. Valeriy Borchin claimed gold at Beijing 2008 after he served a doping ban of one year for taking Ephedrine, a banned stimulant.

Olimpiada Ivanova, the 2001 and 2005 world champion and Athens 2004 Olympic silver medalist, served a doping ban of two years after he failed a test for Stanozolol (Winstrol). In July this year, Vladimir Dyatchin, the two-time world open water champion, received a provisional suspended after he failed a drug test. Dyatchin's sample provided for testing at Russia's Open Water Swimming Championships on June 30 revealed the presence of a prohibited substance. RUSADA then remarked the athlete has been suspended from participating in any capacity in a training camp or competition until the decision has been rendered on the case. Other Russians presently suspended include world record holder Vitali Melnikov and breaststroke world record holder Yulia Efimova. Melnikov is still under a temporary ban since early April and Efimova received a 16-month suspension earlier this year.