Louisa Leballo, a top local distance runner from South Africa, has been banned for a period of eight years. 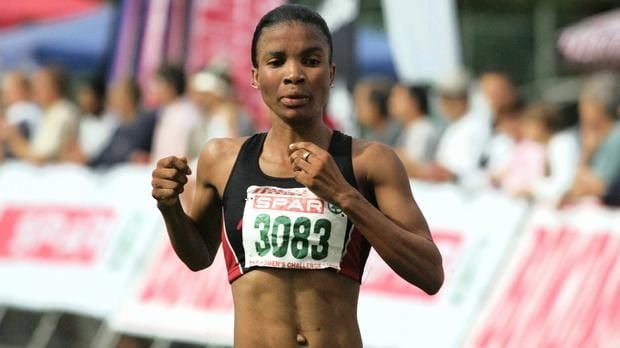 The 39-year-old was tested out of competition on March 20‚ the SA Institute for Drug-Free Sport said in a statement. Leballo tested positive for Erythropoietin and then persuaded the doping officer to cancel the test. Leballo had represented South Africa at the world cross-country championships in Kampala before she returned an adverse test. The distance runner won the Spar Ladies 10km in Cape Town in a 32min 55sec personal best on April 2. She came third in the Two Oceans half-marathon‚ also in a career best time. Leballo achieved two more bests on the track this season‚ in the 5‚000m in February and 10‚000m in March.

The SA Institute for Drug-Free Sport said Louisa Leballo has been banned for eight years. In a statement, it said an analysis of the urine sample by the Doping Control Laboratory in Ghent‚ Belgium‚ returned an adverse analytical finding‚ revealing the presence of the Peptide Hormone‚ Erythropoietin (EPO). It was added by the SA Institute for Drug-Free Sport that the Pretoria athlete had tried to persuade SAIDS’s doping control officer to cancel the test. The statement also reads that the athlete was charged with an anti-doping rule violation and attempting to subvert the doping control process and added that Leballo conducted her own defense at the July 19 hearing. SAIDS added she was given the maximum four-year sanction for each offence and the panel ruled that they should run consecutively – a ban of eight years.

Khalid Galant, CEO of the SA Institute for Drug-Free Sport, remarked the finding on attempt of Leballo to subvert the process should serve as a warning to athletes that attempting to coerce or intimidate a doping control officer was itself a prosecutable offence. Galant pointed to the case where Manchester United player Phil Jones was recently suspended for two matches after he verbally abused a doping control officer after winning the Europa League final. Galant also commented that Daley Blind, the teammate of Jones, was fined €5000 for a similar offence on the same night. The SAIDS CEO said “Jones and Blind had apparently objected to being asked to attend drug-control while the teammates celebrated after the match.

This instance of doping by a top South African athlete is rare. Few months back, South African 110m hurdles champion Tiaan Smit received a doping ban of four years after he tested positive for the banned anabolic agent Clenbuterol. The Tuks athlete was tested on the day he won the national crown in Potchefstroom. On April 22 this year, Smit clocked a 13.42sec personal best as he upstaged the favorite‚ Olympian Antonio Alkana‚ by seven hundredths of a second. Alkana was technically poor on that day as he hit too many hurdles.

In a disciplinary hearing, Smit said he wanted to lose two to three kilograms at the time and asked a friend — who is also an athlete‚ a javelin thrower — what he can use. The South African 110m hurdles champion said the friend suggested Clenbuterol‚ for which he paid R500 and had to go and collect it from another person and not his friend.