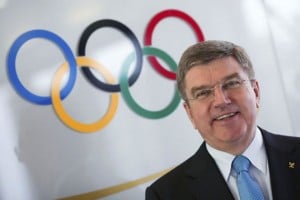 The International Olympic Committee (IOC) is all set to introduce sanctions for doping. Over the last few years, many in the world of track and field have advocated for more stringent punishments. Some have also suggested that doctors or coaches of athletes failing tests should also be punished and the blame should not be merely passed on to the athlete.

Sergey Bubka, head of the Entourage Commission set up by former IOC president Jacques Rogge, came up with recommendations through which member of an athlete's entourage can be held accountable. The 13 stances include doping violations to match-fixing and protecting an athlete from any form of harassment or abuse. According to Bubka's suggestions, any member of an athlete's entourage will potentially be facing punishment if their athlete is found to have broken the rules, even if they were not aware he or she was doing so.

The recommendation reads that members of an Athlete's entourage may also be sanctioned for the acts and/or omissions of persons over whom they have influence or for whom they are responsible. It was also suggested in the proposals that sporting entities should put in place mechanisms, such as educational programs, so as to allow that members of an Athlete's entourage are aware of and understand the rules applicable to them. The 49-year-old Ukrainian said they can be anyone from a coach to a doctor to a member of the family and they must not only be held accountable as they are the influence around the athlete but also educated in what is right and what is wrong.

In another development, the IOC has decided that India will stay suspended from the International Olympic Movement. This means that athletes from the country will not be able to compete under the tricolor in any Olympic-sponsored event and if they win gold, India's national anthem will not be played. This decision was taken after the India Olympic Association failed to assure the IOC that no office-bearer who faces charges in a criminal or corruption case will be appointed. In 2012, India was banned after IOA secretary-general Lalit Bhanot facing corruption charges in a 2010 Commonwealth Games-related case was elected. Indian Sports Minister Jitendra Singh said it is disappointing that the IOA had not modified its constitution and added that it is really very unfortunate that some personal interests took precedence over the interests of the nation and interests of the sportspersons.

The International Olympic Committee wants IOA to amend its constitution in such a way that officials facing criminal or corruption proceedings in court would be kept out of the election process of the India Olympic Association.

However, India may be back with the IOA after the newly-elected IOC President Thomas Bach said he is keen to get e suspended IOA return to the Olympic fold soon. P.K. Deb, secretary sports, said Bach and suspended IOA secretary Randhir Singh, also an IOC member, are very good friends. Deb added there is no way the IOC will accept Bhanot as they do not want to deal with him. 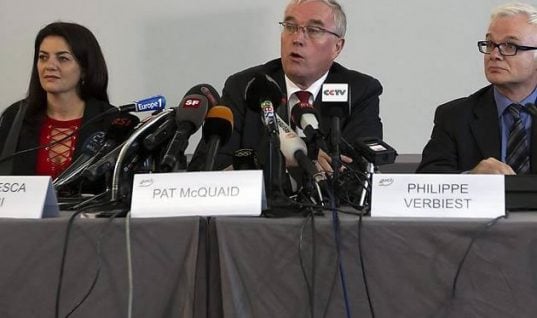