Triple European champions Toulon have vehemently denied doping allegations after reports allege that players from the team had been supplied with anabolic steroids.

Four players from Toulon have been selected for the France World Cup squad - Guilhem Guirado, Sébastien Tillous-Borde, Frédéric Michalak and Mathieu Bastareaud - and there is no suggestion that any one of them is connected with the investigation. 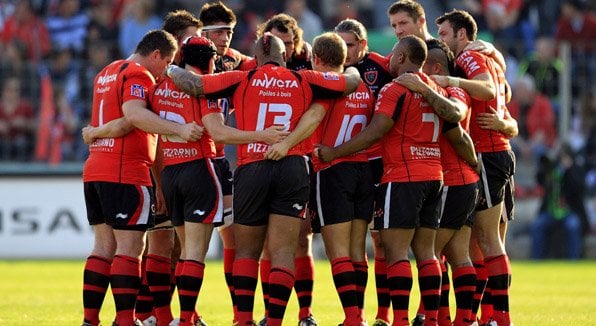 Marseille prosecutors are investigating many pharmacies in Toulon, in the Cote d'Azur, after a notification was received from the anti-doping authority of France. This was after suspicions emerged that pharmacists in Toulon, home of the triple European Champions, may have been illegally supplying antibiotics, painkillers, and anabolic steroids to the club. Marseille prosecutor Brice Robin was reported as saying that the investigation is emphasized upon medication sales by Toulon pharmacists and no doping allegations had yet been proven.

For the last three years in a row, Toulon have won the European Cup with former World Cup winner Jonny Wilkinson playing an important role in two wins before he retired at the end of the 2013-14 season.

Club owner Mourad Boudjellal remarked that no player is concerned in this affair, it is totally unfounded information. Boudjellal added this is related to a social security fraud that concerns the pharmacist not the club. Boudjellal dismissed all doping allegations and said the inquiry was not into the club but into a health-service scam in which a pharmacist who used to work with the club a long time ago is implicated. The Toulon rugby club’s president added there is no doping at this club.

Nicole Sapstead, the chief executive of the national anti-doping agency UKAD, told British MPs that British anti-doping chiefs could contact French prosecutors to find out if their doping investigation involves any player who might be competing in the Rugby World Cup. Sapstead remarked we have sufficient and excellent links with Interpol, Europol, and our police where we can start to ask them for that kind of information and expect some reciprocal exchange of information. The UKAD chief executive added if there was any player that we felt was pulled into that issue then we would certainly be looking into it.

Rugby Club Toulonnais, also known as RCT or Toulon) is a French professional rugby union club based in Toulon in Provence-Alpes-Côte d'Azur. Founded on 3 June 1908 as a merger of Étoile Sportive Varoise and members of the Stade Varois, RCT took 23 years to reach the top of French rugby. Boudjellal has revamped the fortunes of the team by hiring some of the best names in the world of professional rugby such as Jean-Jacques Crenca, Yann Delaigue, Gonzalo Quesada, Dan Luger, Australia captain and former all-time international caps leader George Gregan, All Blacks' former all-time scoring leader Andrew Mehrtens, and Jonny Wilkinson.