American professional triathletes Lauren Barnett and Beth Gerdes have independently admitted to having tested positive for Ostarine, a selective androgen receptor modulator (SARM) that has been listed as an anabolic substance on the prohibition list since 2008. 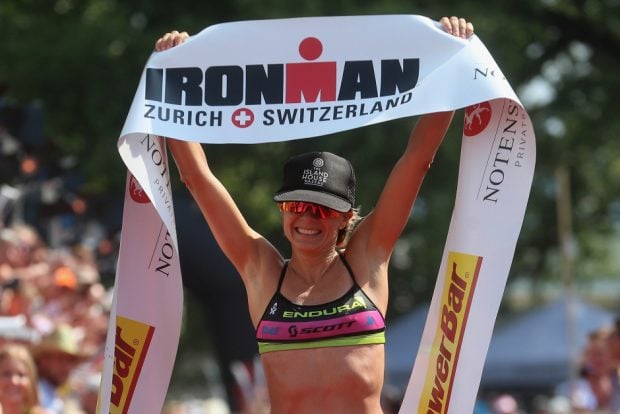 Both athletes have vehemently denied taking the medication knowingly and for performance enhancement purposes. Lauren and Beth remarked they had consumed food supplements during their races.s

Barnett was able to prove that a supplement taken by him had Ostarine and it was not listed on the label. Laboratory tests conducted on the saline tablets used by Barnett revealed traces of the banned substances. Therefore, the suspension was reduced to six months.

Gerdes, who tested positive in 2016 following her victory at Ironman Australia and had previously won Ironman Switzerland in 2015, claimed food contamination was the reason for the positive test. Gerdes disclosed that he only takes Melatonin and Whey Protein in her everyday life and also did not tested positive four weeks before the race. Traces of the banned substances were found in a sample of salt tablets but further tests could not confirm the results and a suspension of two years was imposed on Gerdes. Gerdes announced on her blog that the World Triathlon Corporation has agreed that based on the evidence presented following a lengthy and expensive investigation on her part that her ingestion of Ostarine was unintentional. Gerdes went on to remark that she does not intend to compete or return to professional competition as this has not only ruined her career, but her spirit as well.

Few months back, Romanian-Canadian boxer Lucian Bute also tested positive for the same substance. The former boxing champion then remarked he would be taking legal action against the company that produced the supplement. The Romanian-Canadian boxer had also remarked that his physiotherapist Angel Heredia specifically made an order for a product that did not contain banned substances. Bute said he never knowing took a banned substance to the Washington Athletic Commission.

Bute, who held the International Boxing Federation super-middleweight title from 2007 to 2012, tested positive after his fight with World Boxing Council super-middleweight champion Badou Jack to a majority draw on April 30 in Washington, D.C. A few days later, it was announced the urine A sample of Bute tested positive for Ostarine; results of the B sample confirmed the positive test.

Also known as MK-2866, Ostarine binds to the muscle receptors. Ostarine is not an anabolic steroid but is found useful to increase muscle mass, boost recovery ability, and improve stamina. It has become one of the most used performance enhancing drugs in recent times among amateur and professional athletes and bodybuilders.

Multi-time 70.3 champion Lisa Marangon was banned by the Australian Sports Anti-doping Authority (ASADA) few months back after she tested positive for Ostarine immediately following her fifth-place finish at Challenge Melbourne on January 31. The 36-year-old Australian pro triathlete, a former top-ranked ITU Long Distance competitor, claimed that she did knowingly take this substance and also commented that she was the victim of tampering and or sabotage at the hands of person/s who wish to cause her harm.