Two Russian cross-country skiers, including a gold medalist, have been disqualified by the International Olympic Committee (IOC) for doping at the Sochi Olympics. 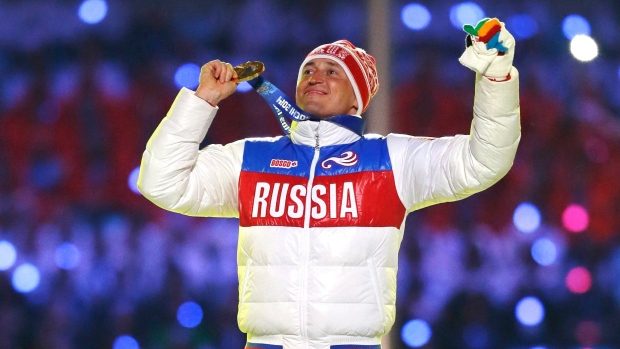 Evgeniy Belov, who failed to medal in Sochi, was given a lifetime ban. Alexander Legkov, who won the gold medal in the men’s 50-kilometer event and helped Russia won the silver in the men’s 4×10-kilometer event, was stripped of his medals and banned from the Olympics for life. Both skiers were among 28 Russian athletes whose names featured in the McLaren report. The WADA-commissioned independent report alleged Russian ran a state-sponsored and widespread doping scheme that dates back to at least 2011 and extended until 2016.

It is however not yet clear who will now receive the gold medal of Legkov for the men’s 50-kilometer event. Maxim Vylegzhanin of Russia, the silver medalist, was also named in the McLaren report and the IOC has yet to come to a conclusion regarding his test samples. Ilia Chernousov, a fellow Russian who has not been implicated in the doping scandal, will receive the gold medal in case Vylegzhanin is also disqualified. The team silver medal in the relay event is likely to be awarded to France.

Belov and Legkov are the first athletes that the IOC has disqualified based on conclusions made by the Oswald Commission. This commission was sanctioned by the IOC to examine the Sochi 2014 Olympics' samples. The samples were retested and checked for any findings of tampering.

The IOC disclosed the test samples of Legkov and Belov had been “manipulated or tampered with.” In a statement, the International Olympic Committee said this thorough, comprehensive and time-consuming process has taken several months due to the nature and complexity of the cases. The statement further reads that it had to involve external forensic experts, who had to develop a legally defendable methodology for all the cases under the jurisdiction of the Disciplinary Commission.

Christof Wieschemann, lawyer of the athletes, disputed the findings and called decision of the IOC as “scandalous.” In a statement, the lawyer said the IOC with the decision goes far beyond the findings provided by the McLaren report without further investigation and without further evidence. Wieschemann also opposed the already existing decision of the Court of Arbitration for Sport in the same case. In the statement published on his website, the lawyer added it mocks the declaration of the President of the IOC to decide only on the basis of secure evidence. It was also commented that the athletes will appeal to the Court of Arbitration for Sport at the latest.

The IOC's executive board will meet next month to discuss calls to ban the Russian contingent from next year's Pyeongchang Olympics.