Heptathlete Dame Jessica Ennis-Hill and the American women's 4x400 meters relay team will receive their reallocated World Championship gold medals at the next edition in London next month, according to a confirmation by the International Association of Athletics Federations (IAAF). 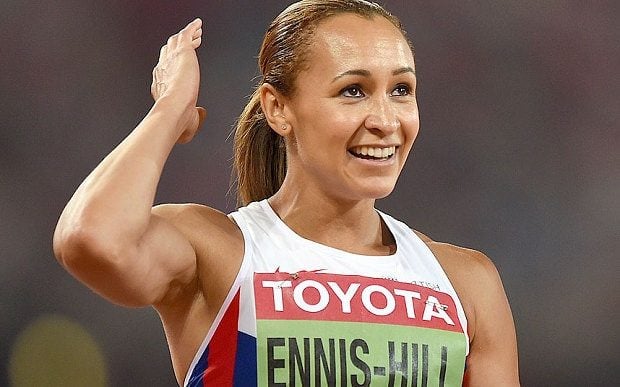 Ennis-Hill and the American women's 4x400 meters relay team will be retrospectively crowned as world champions after the original winners were disqualified for doping offences. Both of the reallocated gold medals will be accompanied by national anthems and flags.

This means that the now-retired Jessica will receive a gold medal from Daegu in front of her own fans. Jessica, the London 2012 Olympic champion, is now a triple world gold medalist after she won in Berlin and Beijing in 2015. Jessica will receive her medal on August 6 with Jennifer Oeser of Germany who will be present to receive silver, upgraded from bronze. On August 4, the American 4x400m team from Moscow 2013 - featuring Jessica Beard, Natasha Hastings, Ashley Spencer, and Francena McCorory - will be awarded the gold medal.

Russia had initially won the gold medal on home soil but a doping ban of two years was imposed in April on Antonina Krivoshapka, British and French quartets, promoted to silver and bronze respectively, will also be attending the ceremony.

Tatyana Chernova of Russia was stripped of her Daegu win in November 2016 following analysis of her athlete biological passport that resulted in a doping ban of three years. Chernova also lost her London 2012 Olympic bronze medal and even failed an appeal at the Court of Arbitration for Sport.

Most athletes and others, usually, have a complaint that drug cheats deny a podium celebration in front of a full stadium to the right owners and the world governing body of athletics has moved to address the issue. In total, medals from 11 different World Championship events will be re-issued at the Olympic Stadium of London and The Mall. The medals involve four affected editions of the flagship IAAF event - Osaka 2007, Berlin 2009, Daegu 2011, and Moscow 2013. The athletes on nine occasions represented Russia that is presently suspended from competition by the International Association of Athletics Federations because of doping allegations against the country.

American Kara Goucher will receive silver from the Osaka 10,000m on August 5 while Britain's Jo Pavey will collect the bronze from the same race. Latvia's Ineta Radevica will collect long jump silver from Daegu and Ukraine's Irina Lishchynska will be awarded 1,500m silver from Osaka. Rutger Smith of Netherlands will be given shot put bronze from Osaka on August 6. Race-walkers Eder Sanchez of Mexico and Giorgio Rubino of Italy will be presented with Berlin 20 kilometers silver and bronze respectively at The Mall following the walking ceremonies in London.

IAAF President Sebastian Coe remarked he is delighted that the athletes are properly honored for their achievements and what better way than in front of passionate athletics fans at a major championship. Coe added the moment for those receiving gold medals in London will be all the more special as they will hear their national anthem played.