British professional boxer Tyson Fury has insisted he is innocent of any doping allegations before he prepares to attend a decisive hearing with the UK Anti-Doping Agency. 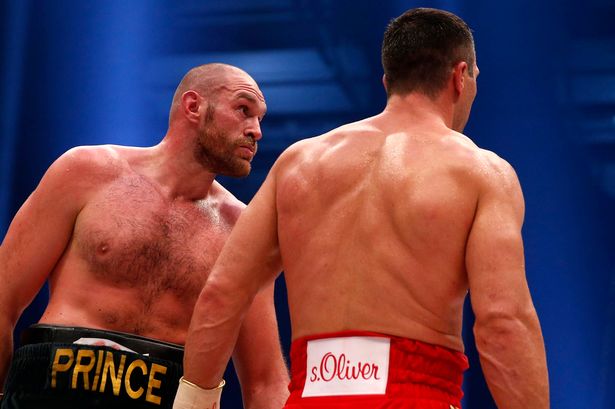 The legal team of Fury is expected to argue that he should be exonerated over traces of a banned substance, which is believed to be Nandrolone, showing up in an anti-doping test 26 months ago. Fury, who has held the Ring magazine heavyweight title since 2015, defeated Wladimir Klitschko nine months later to claim the No 1 heavyweight position.

The boxer and his cousin, Hughie, are both alleged to have tested positive for Nandrolone, a banned anabolic steroid. Fury in the meanwhile was training with Billy Joe Saunders in Spain to cut the extra weight ahead of his possible comeback and now back in England. Fury has expressed confidence that would be able to cut almost six stone and fight with Joshua on July 8.

Fury remarked he had never taken a drug in his life. The British boxer said these people can say what they like but he is suing them for what they have done to him. Tyson added he had been messed about and they thought they had a villain and that they were going to take me down. Fury also commented that he had been tested 50 to 60 times, sometimes three times in a week, blood and urine, and this went on from way before the Klitschko fight. Fury went on to comment why did he was not banned if he tested positive. The boxer added he had a meeting with them and they said he had nothing to worry about and now there are talks about his license being suspended that does not make sense.

Tyson also expressed his amazement that he was tested by the United Kingdom Anti-Doping Agency officials in Spain three days before a hearing today, despite being unlicensed. Fury also remarked he was very shocked and added they had come here to give me a random drugs test. The boxer remarked he explained to them that he had not even got a boxing license at the moment, that he have been out of the ring for 18 months, but UK Anti-Doping officials were insistent on testing him and said he felt they just wanted to give him an automatic ban.

The 28-year-old recently remarked he would take a step back from boxing to concentrate on mental health improvement. Fury later said he is now fully focused on getting back in fighting shape and dethrone Anthony Joshua as Britain’s golden champion. Fury has vowed to ‘rid a fraud out of the heavyweight division’ in a new attack on Joshua. Joshua, who defeated Klitschko with an 11th-round knockout, has not yet named his next opponent but it is claimed by Fury that he would comfortably beat Joshua. However, Fury might find it hard as of now as he does not have a license and his chances of reinstatement by the British Boxing Board of Control are very limited until the investigation into the alleged failed drug tests are complete.