The International Cycling Union (UCI) has announced it will make about 3000 to 4000 bike checks for motorized doping at the Tour de France that starts on Saturday in Normandy this weekend and concludes in Paris on July 24. 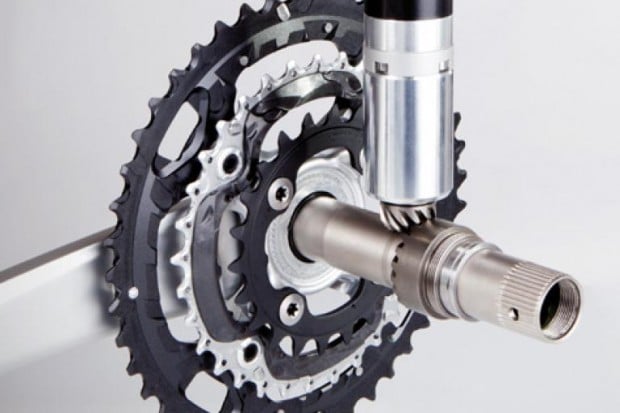 In the last few months, the UCI has increased testing at major competitions, including the Tour de France, following speculations and rumors about motors hidden in frames.

The use of thermal cameras was announced by Thierry Braillard, the French Secretary of State for Sports at a news conference with Thierry Mandon, the French Secretary of State for Higher Education and Research; Brian Cookson, the president of the UCI; David Lappartient, president of the French Cycling Federation; and Christian Prudhomme, director of the Tour de France. The thermal cameras are produced by the Alternative Energies and Atomic Energy Commission in collaboration with the French government. The thermal cameras are capable of detecting the heat emitted from a hidden motor even if the motor is turned off.

In a statement, the world governing body of cycling said the UCI will have resources in place to conduct between 3,000 and 4,000 tests for the forthcoming Tour de France. The statement further reads that an effective testing protocol is one which is unpredictable so the UCI confirms that it will deploy additional methods of detection at the Tour to both assess their performance and to ensure a varied testing protocol. The world governing body of cycling tested 2,000 bikes at May's Giro d'Italia and remarked riders, teams, and organizers welcomed testing. The UCI statement further reads that it is clear that all stakeholders in cycling have a common interest to demonstrate that this sort of cheating has no place in the sport.

UCI President Brian Cookson remarked we since the beginning of the year are sending a clear message which is that there is literally nowhere to hide for anyone foolish enough to attempt to cheat in this way. Cookson also commented that a modified bike is extremely easy to detect with our scanners and we will continue to deploy them extensively throughout the Tour and the rest of the season.

In April this year, Belgian rider Femke Van den Driessche was suspended by the UCI for six years in the first case of motorized doping in cycling. Disciplinary proceedings were initiated against the 19-year-old after she allegedly used a bike that had a motor at January's UCI Cyclo-cross World Championships in Belgium. The Belgian rider was found guilty of violating UCI rules associated with technical fraud and was also fined 20,000 Swiss Francs (£14,000) and ordered to pay legal costs. The Belgian cyclo-cross rider was also asked to return all her medals. The former European Under-23 champion was competing during the women's under-23 race at the Cyclo-cross World Championships when UCI officials found a hidden motor, along with a battery, in the tube below the saddle that was controlled by a Bluetooth switch installed underneath the handlebar tape. Driessche denied suggestions she deliberately cheated and said the bike was not hers but later decided not to appeal against the ban.