The United States Anti-Doping Agency has announced UFC strawweight Jessica Penne has been notified of a potential doping violation stemming from an out-of-competition drug test administered on March 20. 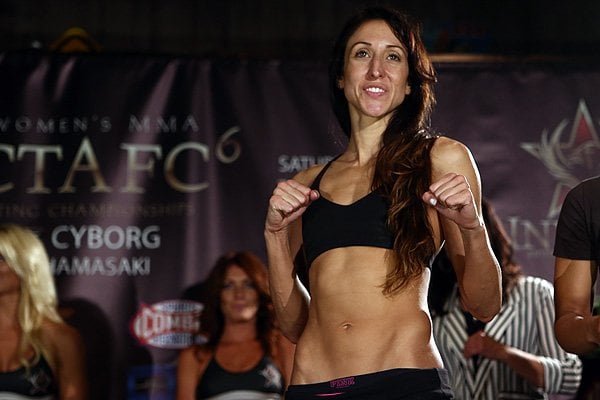 The case of Penne is unique as she was tested on March 20 and then went on to fight on April 22. Penne lost a decision to Danielle Taylor at UFC Fight Night in Nashville. This was the third consecutive UFC loss for Penne, a former Invicta FC atomweight champion. The Southern California native is a semi-finalist on The Ultimate Fighter 20. Penne also competed in the first women's bout in Bellator Fighting Championships and is #13 in the official UFC Strawweight rankings as of November 10, 2016.

It is believed that the possible reason for the delay stems from the original testing done on the sample of Penne showed no traces of any banned substances. However, the biological passport of Penne was reviewed by the United States Anti-Doping Agency and the sample was re-tested because of certain markers and a prohibited substance was detected. The additional testing was not returned ahead of Penne’s fight on April 22.

A biological passport is a tool defined by the World Anti-Doping Agency as a way to monitor selected biological variables over time that indirectly reveal the effects of doping rather than attempting to detect the doping substance or method itself. The biological passport monitors the levels of an athlete over a period of time for potential doping violations that may appear outside of the standard drug testing procedures. A variance in the biological passport essentially detected over time can trigger additional screening, like a Carbon Isotope Ratio test, for determining the presence of a synthetic substance in the body even at low levels – or if the substance, itself, cannot be directly identified.

A UFC statement reads Penne’s sample, having undergone the standard out-competition analysis menu, was initially reported to USADA as negative. It was further added that the sample upon review of Penne’s Athlete Biological Passport was subsequently flagged for additional analysis due to an increased degree of variability in urinary biomarkers measured in the sample. The statement also reads the presence of a prohibited substance was detected as a result of that further analysis and added that Penne fought at the UFC Fight Night event in Nashville on April 22, 2017 before the reanalysis was completed.

The USADA will provide an adjudication process to the UFC strawweight. It will also be working with the Tennessee Athletic Commission on the matter as they were overseeing the event in Nashville.

Penne, currently competing in the Women's Strawweight division of the Ultimate Fighting Championship (UFC), has been placed on a provisional suspension as of now as she awaits her adjudication process with the United States Anti-Doping Agency. With this suspension, Penne (12-5 MMA, 1-3 UFC) has the dubious honor of being noted as the first athlete of the promotion to be flagged for a potential doping violation following a review of her biological passport.

The substance for which Penne tested positive was not revealed.