USA Cycling president and CEO Steve Johnson and board of directors chair Bill Peterson have appealed to the federation's members to come forward and provide assistance to the Cycling Independent Reform Commission (CIRC) in its investigation of doping and corruption in the sport. 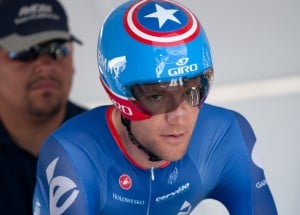 The independent review was initiated by the world's governing body of cycling, the UCI, earlier this year. The Cycling Independent Reform Commission will investigate doping in cycling between 1998 and 2013 and the UCI could offer reduced sanctions to any rider who comes forward voluntarily and contributes valuable information.

In another development, USA Cycling president and CEO Steve Johnson has refuted claims that he knew of the USPS team's doping regimen. This was after a new book revealed a former rider had expressed concern over the use of performance enhancing drugs to the USA Cycling chief.

In her new book, Cycle of Lies, New York Times reporter Juliet Macur said Dave Zabriskie, formerly of USPS and later Garmin-Sharp, told Steve Johnson about the use of performance enhancing drugs by the USPS team after the admission of PED use by Frankie Andreu in 2006. Macur writes Zabriskie wanted help from one of the most powerful men in American cycling — a man who once had been his mentor — but Johnson remarked Andreu never should have gone public. In a statement, USA Cycling said Johnson was disappointed to learn for the first time of Zabriskie’s allegations in an excerpt from a book written by Juliet Macur, published without her ever having contacted him regarding these claims and added that the conversations, as she has described them, between Zabriskie and him never occurred.

Johnson joined USA Cycling as a high performance consultant in 1999 and served as the chief operating officer before he took the top post of the federation in 2006.