Russian Deputy Prime Minister Vitaly Mutko has been barred from standing for re-election to the ruling council of FIFA, the world governing body of football, after he failed an eligibility check. 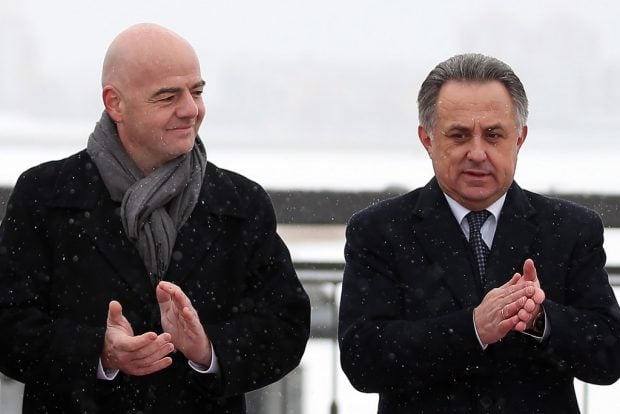 In December, Mutko had initially been confirmed as a candidate. It is believed that his position with the Russian Government that goes against the statutes of FIFA was the reason behind his failed selection and not the allegations against him in the McLaren Report. Mutko was implicated in the report that alleged that more than 1,000 Russian athletes had been involved in a state-sponsored doping system, in operation from 2011 to 2015. The alleged involvement of Mutko in the state-funded doping scheme prompted scrutiny of his role within FIFA.

Mutko was accused of covering up a failed test from a top-flight football player earlier this year. Claims against Mutko were made in a documentary from broadcasters ARD/WDR, entitled: "The Secret World of Doping: Showdown for Russia". The fourth edition of the series produced by Hajo Seppelt, Florian Riese Wieck, and Felix Becker alleged that Mutko covered up a doping offence made by a footballer who plays for FC Krasnodar. The documentary claimed that the involved substance was Hexarelin, an anabolic steroid, and that the failed test was recorded after Krasnodar beat FC Rostov 2-0 in 2014.

Under one of FIFA's statues, confederations must be independent and avoid any form of political interference.

Mutko, President of the Russian Football Union, dismissed any suggestion that he would appeal the ruling. The Russian Deputy Prime Minister added it would not affect preparations for next year's World Cup. Mutko said the Eligibility Committee’s decision has no bearing on our stance and preparations for the World Cup finals. The Deputy Prime Minister of Russia also commented that he wanted to be re-elected but now the FIFA represented by its compliance committee has somewhat changed the criteria and further remarked they want the organization to be politically neutral and officials and representatives of authorities from various countries not to be elected to all their bodies.

The announcement means the other four UEFA candidates for the FIFA Council - Hungary’s Sandor Csyani, Cyprus’ Costakis Koutsokoumnis, Montenegro’s Dejan Savicevic, and Iceland’s Geir Thorsteinsson - are all set to be elected unopposed. Belgium's Michel D'Hooghe, Turkey’s Senes Erzik and Cyprus’ Marios Lefkaritis are all standing down from the FIFA Council. The election will take place at UEFA’s 41st Ordinary Congress in Helsinki on April 5.

FIFA President Gianni Infantino had previously remarked that it is not up to him to make a judgment when asked why FIFA continued to make an exception for Mutko. Infantino had remarked we have rules and statutes, they apply them and when they decide with regard to any of the candidates for any of the elections and then we have to respect their decisions. The FIFA President had also commented that the rest is about speculation, what happened in the past in FIFA is the past and now there are procedures and bodies in place.