Professor Christiane Ayotte, director of the WADA-accredited laboratory in Montreal and President of the World Association of Anti-Doping Scientists (WAADS), has described reports of inconclusive or subjective analysis in the positive doping case of Irish sprinter Steven Colvert as “unchallenged theoretical objections” and “a charge against skilled, experienced scientists”. 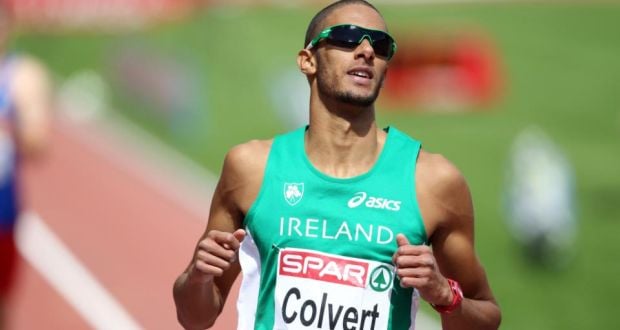 Professor Ayotte said he believes the doping sample of the Irish sprinter was consistent with the presence of recombinant (synthetic) Erythropoietin, the banned blood-boosting drug.

Athletics Ireland was informed of the adverse analytical finding of Colvert for the substance “recombinant erythropoietin” following an out-of-competition test carried out in Dublin. The then reigning Irish 200 meters champion who had emerged as one of the most exciting Irish sprint prospects of recent years was banned from competing for two years.

The 26-year-old is now free to compete but continues to go to considerable lengths to clear his name. His case was quoted by a group of Norwegian scientists in the medical journal Lab Times earlier this month. The group of Norwegian scientists raised concerns about the anti-doping procedures and interpretation of WADA that resulted in the positive test of Colvert and suggested his case should have been dropped.

Ayotte, in reference to Lab Times, said this article is the second one presenting the views of a group of scientists who are not only challenging the interpretation of an athlete’s EPO test results, but discrediting WADA’s credibility again. Ayotte, who has worked in anti-doping since 1991 and is considered one of the leading experts in the field, went on to remark that the Norwegian report is a “one-sided vitriolic opus”. Ayotte added it is worth noting that the four signatories never submitted any data in support to their position and they opted instead for voicing unchallenged theoretical objections in a magazine.

The President of the World Association of Anti-Doping Scientists further said she gives her support to both the WADA-accredited laboratory in Cologne, Germany and the WADA-accredited lab in Seibersdorf, Austria who carried out the original analysis of the Colvert sample. Ayotte further remarked the laboratory in Cologne tested Colvert’s A- and B-samples five times with the two recognized and widely applied complementary techniques (SAR-PAGE and IEF) and said the results each time were consistent with the presence of a recombinant EPO.

Ayotte added the criteria for reporting an adverse analytical finding were objectively met and the conclusions reached by the laboratory were supported from the independent review made by the experts of a second laboratory located in Austria. She added the scientists from these two organizations have published on EPO testing and their expertise is recognized. The director of the WADA-accredited laboratory in Montreal also commented that the samples of Colvert were analyzed and the mixed recombinant and endogenous populations were revealed by the diffuse and faint area above the corresponding signal of endogenous EPO indicating the presence of recombinant EPO. Ayotte also remarked these profiles depart significantly from human urinary endogenous EPO and both the (IEF and SAR-PAGE) test results are evidence for the presence of a recombinant EPO in Colvert’s A- and B-samples.