Former Team Sky rider Jonathan Tiernan-Locke and Brian Cookson, president of the sport’s ruling body (UCI), seem to have entered into a war of words. The South Devon cyclist is still angry at the way the UK Anti-Doping agency convicted him of doping on a biological passport blood test. 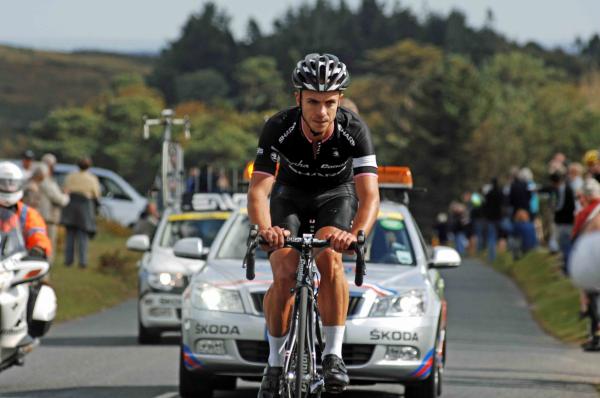 Tiernan-Locke described his UKAD hearing as ‘a Mickey Mouse court’. The cyclist was suspended for a period of two years and he was stripped of his 2012 Tour of Britain victory. Jonathan Tiernan-Locke has always protested his innocence and has never failed a drug test. He recently said he may quit riding over drugs ban but may think of coaching.

Cookson called Tiernan-Locke ‘very foolish’ for making such comments and said he should consider his situation very carefully and should read terms of his doping ban. The UCI President added Tiernan-Locke cannot engage into coaching or any event in any capacity that has anything to do with the UCI or any national federation affiliated with the UCI. The cyclist responded by saying that he has no faith in the governing body and he continue coaching and giving advice to athletes.

The former Team Sky rider was banned for anomalies in his biological passport. A statement on the website of UK Anti-Doping (UKAD) said the Panel found that the explanation provided by the rider and did not sufficiently explain the abnormal values obtained from the sample. It was added that the panel consequently imposed a two-year period of ineligibility from 1 January 2014 to 31 December 2015.  Tiernan-Locke, as a result of the decision, has had his Tour of Britain title and World Championship result disqualified. The British professional road racing cyclist who last raced for UCI ProTeam Team Sky in 2013 finished fifth in the general classification in the Tour of Britain while riding with Rapha Condor-Sharp for the 2011 season.

This August, Tiernan-Locke remarked he cannot afford to continue fighting to clear his name and he may quit cycling. The cyclist, who became the first rider from Team Sky to fail a drugs test, said he had been the victim of a flawed biological passport system. Tiernan-Locke claimed his innocence and said the anomalies may be because he consumed more than 33 units of alcohol and didn’t eat or drink the following day, except for some water he drank with pain killers. The reason was rejected by UKAD that also dismissed the claim that the cyclist would go on such a binge three days away from his first senior appearance at the World Championships although said that it was possible. It was said that there was no dispute that the abnormalities in the sample were consistent with the use of an erythropoietic stimulant which had been discontinued approximately 10 to 14 days before the sample was taken. UKAD added that the explanation advanced on behalf of the rider cannot explain the abnormal values obtained from the sample taken on 20 September 2012.

Brian Cookson, the UCI president, had remarked he would like to thank UK Anti-Doping for their work in handling this case and providing the rider with a fair and independent hearing.