The United States Anti-Doping Agency has announced weightlifting coach Michael Gingras has been sanctioned for a period of 12 years for engaging in prohibited doping conduct. 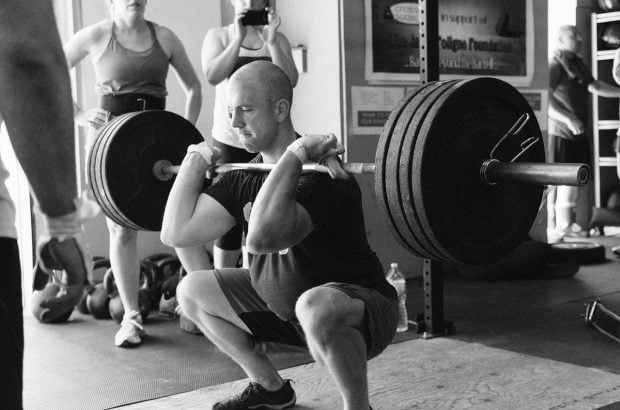 The 31-year-old coach from Milwaukie admitted to the possession, trafficking, and administration of Testosterone and possession and trafficking of LGD-4033, a selective androgen receptor modulator to an athlete between October 2015 and May 2016.

USADA, following a thorough investigation, notified Gingras of its findings, at which time, Gingras admitted to his doping conduct. Gingras was eligible for a reduced sanction because his full cooperation with USADA officials since the start of its investigation and his voluntary admission of his anti-doping rule violations. Gingras has been disqualified from all competitive results obtained on and subsequent to October 16, 2015, the approximate date he first assisted an athlete in preparing to use a prohibited substance.

Gingras worked at Portland-based Vulkan Weightlifting that bills itself as the city's "premier Olympic weightlifting facility." The period of ineligibility for the coach began on January 16, 2017, the date he admitted to his doping violations.

In the past, Joakim Simon Noah who is a professional basketball player for the New York Knicks of the National Basketball Association failed a drug test for the Selective Androgen Receptor Modulator LGD-4033. The 32-year-old, who has been dealing with hamstring and knee issues, remarked he ingested a supplement bought over the counter without knowing it contained the testosterone booster. Noah was suspended for 20 games a fine of $2.7 million was imposed on him. The Knicks center will miss the remaining eight games of this season, followed by the first 12 of the 2017-18 campaign.

Noah has dealt with knee, hamstring, and ankle injuries after signing a $72 million contract over the summer. Noah averaged just five points over 46 games this season, and has not played since February 4. Coach Jeff Hornacek still sees value in intangibles of Noah and remarked when you get older you learn different things but you always have that veteran leadership. Hornacek added Noah has always played with an intense way of about him when he is out there on the court and all that stuff kind of permeates to all the other guys when he’s doing that.

Rookie Willy Hernangomez has emerged as a top prospect in the extended absence of Noah who still has three years remaining on his robust contract. Hornacek remarked we will take a look at everything when we go into next season guys are going to have to earn spots and earn the minutes and we are going to have to figure out which guys work best together. The coach added Hernangomez and Kristaps Porzingis have a little good chemistry that they either had from playing with each other before or developed even more so this year so that gives us a couple options.