2a,3a-epithio-17a-methyl-5a-androstan-17b-ol is the chemical structure of Epistane (Methylepitiostanol), created and formulated in 1966 by Japanese researchers. It was originally developed to produce a methylated version of mepitiostane that can be used in conjunction with Nolvadex (tamoxifen) to fight breast cancer. It does this by suppressing excessive levels of estrogen in the body.

After vigorous testing, results revealed that not only did the drug have anti-estrogen properties, epistane also produced significant anabolic and androgenic properties. According to studies, epistane has a 10[00:91] anabolic to androgenic rating, which is best used for cutting to accomplish dry gains.

Epistane has been around the bodybuilding scene since the mid-60’s, but it did not spearhead the prohormone market until 2006. It was sold as a dietary supplement under the Recomp Performance Nutrition brand, with trademarked names RPN Havoc and Hemaguno.

Unfortunately, prohormones are now banned by the government and scheduled in the same league as steroids (Schedule III). As a result, epistane use has fallen out of favor in the bodybuilding world; in fact, lately - as of 2018 – very few cycles are done with epistane.

How does Epistane work?

Epistane is an anti-estrogenic orally active compound derived from dihydrotestosterone (DHT). One of the major highlights of Epistane is its ability to provide dry and hard muscle gains. As a matter of fact, the user will see significant increases in strength, overall well-being and libido.

Epistane has the ability to bind to androgen receptors in skeletal muscle cells and muscle stem cells. As a result, it changes the muscle cell function and boosts protein synthesis.

Interestingly, muscle stem cells have the ability to change and bind with your active adult skeletal muscle. This increases the chances of muscle growth and repair. Furthermore, epistane adds high androgenic properties to the hormonal pool (boosts androgen levels), so stem cells can't produce more fat cells. What does this mean for you? In simple terms, you'll lose bodyfat and gain muscle mass. 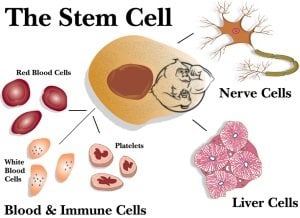 If you’re a first time user of Epistane, a typical dosage would be 30-60 milligrams per day depending on the results you want. Average cycle duration on Epistane is 4-6 weeks long, yet, for best results, you should stack it with testosterone. Remember, Epistane has a very short half-life, so it should be dosed 2-3 times per day every 7 hours or so apart. Below, I will show you a basic example cycle of Epistane with testosterone enanthate – 12 weeks.

Post Cycle Therapy (PCT) on Epistane is a must. You have to consider your body will be used to very high levels of hormones flowing throughout.

After the epistane cycle, I suggest you run this 4 week PCT:

The interesting thing about Epistane is it does not cause the usual negative side effects triggered by other Pro Hormone. It doesn't cause aggression, acne breakouts or an increase in potential hair loss. However, there is a possibility you will experience a loss of libido, dry joints and the feeling of lethargy.

Epistane is known to be one of the mildest prohormones on the market, but it's methylate

d. Therefore, epistane is very liver toxic, so taking a reliable liver support is a necessity. Luckily, this side effect can be kept under control by using a good quality liver protector containing TUDCA (Tauroursodeoxycholic acid) and NAC (N-acetyl cysteine) like N2Guard.

Epistane can be a very effective ProHormone, especially when combined with other anabolic steroids. In fact, it can make a great addition to any cycle.

Epistane, being a dry compound, will stack well with a wet compound like testosterone. At the same time, you can stack epistane with other dry compounds like anavar or winstrol for that shredded look.

Unfortunately, due to the 2014 prohormone ban in the United States, fakes have flooded the market. These days 99% of the epistane on the market if fake or spiked with some dangerous drugs. Be careful!