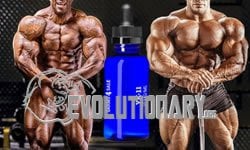 Despite never making it past the pre-clinical stage, YK-11 (better know as AK-11) has become one of the most popular SARMS amongst bodybuilders, thanks to its ability to build muscles almost on par with some anabolic steroids.

Most SARMS like Anabolicum (LGD-4033) and Testolone (RAD-140) will help you build muscle and increase strength to an extent.

But the results that you achieve with YK-11, also known as AK-11, will blow everything right out of the water.

That said, not making it past pre-clinical stage might mean a lot of things. It could have potential side effects that are not documented. It could be too toxic for human consumption.

So far, the only research about YK-11 is published by a Japanese dude named YuichiroKanno. (https://www.jstage.jst.go.jp/search/global/_search/-char/ja?item=8&word=Yuichiro+Kanno)

They have done a bunch of tests on AK-11 on cells grown in a lab. Most of their conclusions and results are published in websites on Japanese. So if you do decide to dig deeper for the conclusive results, get ready to be greeted with a truckload of Japanese text that you can’t decipher. 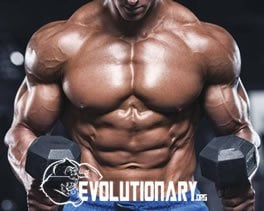 And if you have decided that you are going to run a cycle anyway based on the tons of impressive anecdotal reviews that are floating around, then here are five things that you need to know about YK-11 before you run that cycle.

With Anabolicum LGD-4033, Ostarine and Testolone RAD-140, we know that we are dealing with compounds that have a selective affinity towards androgen receptors in the muscle and bone tissue.

In a nutshell, they are, what we call SARMS.

LGD-4033 is rapidly increasing in popularity, as it has shown to be the strongest and most anabolic-like SARM in existence up to this point. SARMS are quite different from steroids in terms of their makeup, lack of side effects and recovery time. SARMS can be run much longer than oral steroids. They are non-methylated and don't pressure the liver. Although the results are not as drastic as some steroids, they are much cleaner, more keepable and have several properties that are extremely desirable that steroids may not be able to provide. Read More..

But AK-11 is a unique compound that functions pretty much like a SARM, but has the chemical structure and the backbone of an anabolic steroid instead.

So, some manufacturers call it a steroidal SARM.

If you look closely at the chemical structure, there is DHT along with β-glycerol phosphate and ascorbic acid. This possibly means that it is a DHT-derived steroid with SARMS-like properties. 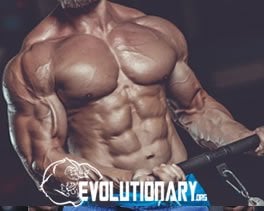 Build Muscle than any SARM

That also partly explains why it is able to build more muscle than any other SARM.

Does that mean that its bad? Not necessarily. But you’ll definitely have to treat it with more caution as compared to other SARMS.

2 - YK11 is a powerful Follistatin inducer

While it does have some properties of a SARM, since it is a partial agonist of the androgen receptor, it’s primary muscle-building properties come from a very different trait that it possesses. 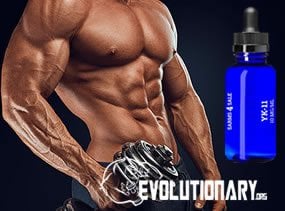 It stimulates your muscle cells to produce an increased amount of Follistatin, which is a protein that in turn limits the body’s secretion of Myostatin.

Myostatin is a compound that sets a limit to the amount of muscle that one can produce. It is a naturally-occuring compound that sort of caps off your muscle building capability. So, what do you do if you want to produce more muscle?

For starters, you can limit your body’s production of myostatin. That’s what AK-11 does so effectively.

In an animal model clinical trial, it was discovered that mice who lacked the gene that produces Myostatin, had four times the muscle as compared to regular mice.

YK-11 is the first and probably the only steroidal compound that is so effective at increasing follistatin and reducing Myostatin. However, researchers also believe that it enhances muscle mass through other biological pathways that aren’t clearly understood yet. 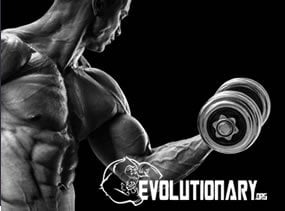 YK-11 increases muscle, bone density, strength, and libido. Because of its working mechanism which is unique as compared to other anabolic steroids or SARMS, a lot of athletes and bodybuilders consider YK-11, a great choice to add to any fitness plan.

It will increase lean muscle much more effectively than any other SARM that you may have used. The muscle gain is not entirely water and glycogen like what you’d expect with LGD. Nor is it extremely dry and dense the way it is with RAD-140. It lies somewhere in the middle. There will be a comprehensive increase in muscle size with great vascularity and hardening. It’s almost a single compound that can do a complete body recomposition.

Testolone (RAD140) is the newest compound in the family of selective androgen receptor modulators, or as they are better known – SARMS. Therefore, its major advantage over anabolic steroids is that it offers similar positive results, with barely any side effects at all. Indeed, this is quite a unique compound, even when it is compared to other SARMS, and in this article we shall review the most interesting aspects of RAD140. Read More..

At the same time, it also increases bone density. The two above traits make it a terrific compound for people who have bone and muscle wasting diseases.

Athletes using YK-11 have also reported a massive surge in their strength. They were able to crush previous plateaus and set new benchmarks for their lifts.

One of the most desired effects of the compound is that it has a very positive effect on libido. Researchers believe that this may be due to the DHT-derivation of AK-11, which is known to increase both, penile sensitivity and libido.

Since there are no clinical trials involving YK-11 or even animal model studies to refer to, the only data that we can rely on is anecdotal. 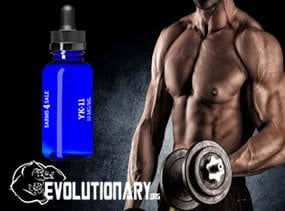 Sadly, there have been very few quality logs with people logging their bloodwork.

There are conflicting reports on how suppressive the compound is. Based on its chemical structure and its working methodology, it shouldn’t be as suppressive as some of the other SARMS are.

That said, suppression will also depend on your individual propensity to these compounds.

To give you some perspective, there are people who have experienced up to 70% suppression with a single cycle of Ostarine at ridiculously low doses.

If you are one of them, then AK-11 might shut you down completely. But if you aren’t as sensitive towards SARMS, then you can get away with very little symptoms.

Either way, it is recommended that you follow a mild PCT protocol with Nolvadex to restore your natural hormonal production after the cycle.

Nolvadex is the brand name for the drug Tamoxifen Citrate, which was manufactured by Imperial Chemical Industries (ICI). ICI was later bought by AstraZeneca, which is one of the largest pharmaceutical companies in the world. Tamoxifen is currently on the World Health Organization's list of essential drugs because of its many different uses. Although on paper it may appear that it might appear to be an aromatase inhibitor (AI), it is actually a SERM (Selective Estrogen Receptor Modulator). Read More..

YK-11 results in hair loss and liver toxicity. Being a DHT-derived compound, androgenic side effects are to be expected. There are some people who have experienced hair loss while using YK-11.

Also, unlike normal SARMS, this sarm can be extremely liver toxic. So it is recommended that you run some sort of liver support during the cycle. N2Guard with TUDCA works best - OTC liver supplement can provide some much-needed support. Right now, the best place to buy YK-11 (ak-11) is from sarms.forsale 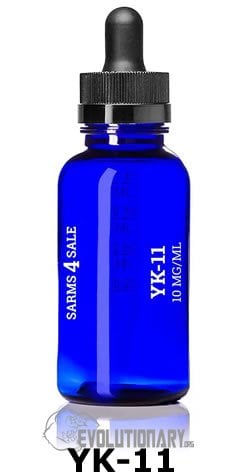