Adam Jowsey, who represented New Zealand in under-23 university rugby, has been banned from the sport after he admitted using a prohibited substance. 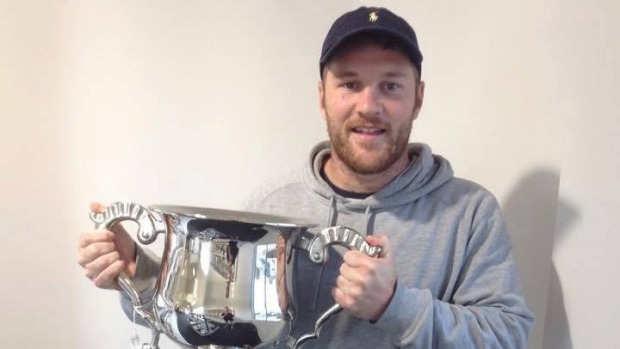 Jowsey, who played premier rugby in Manawatu, received a doping ban of two years after admitting to two anti-doping rule violations. Jowsey was provisionally suspended from September 1 but the two-year ban was backdated to start from February 1 this year due to substantial delays in the hearing process or other aspects of Doping Control not attributable to Jowsey.

In a decision, the Rugby Union judicial committee punished Jowsey for the use and possession of the prohibited substance Clenbuterol. The substance is not an anabolic steroid but possesses similar effects and is commonly used in the bodybuilding community.

The judicial committee, which was convened under the Sports Anti-Doping Regulations, heard that the young rugby player imported Clenbuterol online in January 2015. The player told the committee that he did not realized at that time he was ordering the drug in which Clenbuterol was a prohibited substance. Jowsey said he took Clenbuterol as part of a diet to lose weight and not to enhance his performance as a rugby player. The hearing was told significant weight loss of the front-rower had a negative effect on his on-field performance and he was dropped from his Massey University Premier team as a result.

The decision of the judiciary noted that it was found that Jowsey did not use Clenbuterol for performance-enhancing reasons else the penalty would have been four years. Jowsey was asked to prove if he checked the substance was on the Prohibited List and he remarked he did not perform any meaningful checks and therefore further reduction of the penalty could not be justified.

Jowsey played for the New Zealand Under-23 Universities side in 2015 and previously played for the Havelock North club in Hawke's Bay. He played for Massey University premier club side Varsity in 2015 and is believed to have played a handful of games for Te Kawau in the Manawatu club competition this year.

Drug Free Sport New Zealand (DFSNZ) chief executive Graeme Steel said the ban handed down on Jowsey served as a warning to other athletes who use or attempt to use prohibited drugs for any reason including weight loss. Steel said this case once again highlights the tools we have at our disposal to identify those who break the rules and added we  work closely with New Zealand Customs, Medsafe NZ and other enforcement agencies to detect the movement of prohibited substances or performance enhancing drugs, whether they are intended for that purpose or not.

An investigation was launched by DFSNZ after the then-teenage player purchased three 20ml bottles of Clenbuterol through the Internet. Steel added here is another case of a promising young athlete having to pay a high price for a poor decision which has affected his immediate future in rugby. Steel added athletes who seek to buy prohibited substances online, either in New Zealand or overseas are taking a huge risk and are putting their health and their sporting career on the line.