The Zimbabwean government has hinted that it will very soon craft legislation against match-fixing and doping to make such offences punishable by law in the country. Presently, offenders can easily walk free due to absence of laws in Zimbabwe. 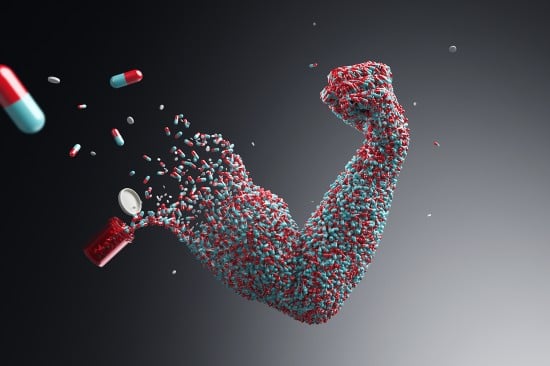 The Sports and Recreation Ministry of Zimbabwe said it will craft legislation to punish cheaters. In a statement, the ministry said the government has noted (following the Sports and Recreation Commission inquiry into the state of football in the country) the lack of non-compliance, accountability, and good governance characterizing the architecture of football in Zimbabwe. The statement also reads that the cancer of corruption traverses all sections of the football fraternity and thereby cripples the optimal development of football in the country. It was said it is the intention of the Zimbabwean government to deal with this cancer in football and other sport codes, by including but not limited to, the introduction of legislation on match fixing and doping. It was also said that the Zimbabwean government takes the integrity and credibility of sport very seriously and urges for the Sport Movement to play its role for ensuring the restoration of ethical values and behavior to guarantee fair play across all sporting disciplines.

In February this year, the Zimbabwe Olympic Committee (ZOC) hosted the first of two anti-doping workshops for local athletes in Harare in an effort to create awareness on the effects of doping. The two anti-doping workshops were run at headquarters of ZOC from February 6-7 and from February 19- 20 and athletes from the 30 affiliated national sport associations benefited from it. In 2014, the country successfully applied for and was granted funding to run an anti-doping education and awareness campaign through the United Nations Educational, Scientific, and Cultural Organization (UNESCO) Fund for the Elimination of Doping in Sport.

In a statement, ZOC then remarked the objective of Phase 1 of the project is to train up to 50 education and awareness officers to cover all 30 sports disciplines affiliated to ZOC and spread geographically through the 10 provinces of Zimbabwe and it was also added that invitation to the first session is targeting personnel identified from the 30 National Sports Associations affiliated. The statement also reads that national Sports Associations are expected to dedicate one person who will be the focal point for all anti-doping initiatives.

The second workshop targeted Provincial Education Officers and both groups undergo a train the trainers’ format of instruction based on the World Anti-Doping Agency (WADA) Program Officers Tool Kit. The Zimbabwe Olympic Committee also had added that subject specific presentations will be made by the following experts who have undergone specific training through WADA in anti-doping issues: Nicholas Munyonga, Austin Jeans (Therapeutic Use Exemption), Stephen Mudawarima (Anti-Doping Education), Ringisai Mapondera (Results Management), and Primrose Mhunduru (Doping Control). It was also mentioned that participants will also be expected to focus on delivering anti – doping education to athletes targeting to compete at the 2015 National Youth Games. During the workshops, World Anti-Doping Agency accredited Nicholas Munyonga and local sports medicine physician Austin Jeans were some of the experts who made presentations.