Ben Pakulski is a Canadian IFBB Pro bodybuilder, fitness guru, and easily one of the most well-known bodybuilders to come from Canada. His nickname in the industry is "The Pak Man" which comes from his unique Polish sounding name. His peak stats are 5'10" and 300+ pounds, and he was born in March of 1981. 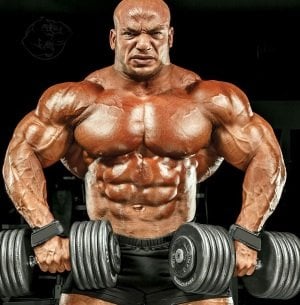 Pakulski grew up a born athlete in the suburbs of Ontario, Canada, and played many sports outdoors. He was very interested in nutrition at a young age and experimented with different types of diets from vegetarian to ketogenic. He would spend hours reading books on fitness and nutrition trying to learn as much as he could. At 15 years old he started to lift weights seriously as a skinny kid who would copy bigger guys in the gym. He was able to start improving quickly when his father hired him a trainer named Tom Hall, who was an IFBB pro.

Pakulski ended up getting corporate sponsorships at just 18 years old to help supplement his bodybuilding dreams. His education in his late teens steered him to Kinesiology, which is the study of the mechanics of body movements, and he used this knowledge to help him excel at bodybuilding throughout his adult life.

Pakulski's father saw his sons gift for bodybuilding and took him to watch two of the best: Jay Cutler and Ronnie Coleman compete in person. Pakulski by this time was squatting 400+ for reps, so his father decided to hire him another trainer named Scott Abel (who was a guest on an evolutionary.org podcast). 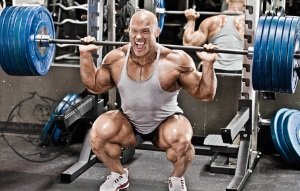 In the 2008 Canadian Championships, Pakulski won the show in a surprise against the best Canadian bodybuilders in the super heavyweight class. This win earned him a pro card, and he set his sites on California, the home of bigtime international bodybuilding and money, where he could take things to another level. A year later he qualified for the 2009 Mr. Olympia but decided he wasn't ready yet and wanted to wait.

During the next decade, Pakulski was a consistent top 10 finisher in show after show. In the 2012 Mr. Olympia he finished a very solid 11th place, and he was 2nd at the 2013 Arnold Classic. Pakulski's popularity was high enough where he was put on the front page of Muscle Insider as Canada's #1 bodybuilder.

Pakulski is active on social media with a modest following on Instagram of 200K people:  https://www.instagram.com/ifbbbenpak/?hl=en . His page features a lot of jokes, workout videos, meal ideas, and fitness networking photos such as with Mike Ohearn.

His youtube page: https://www.youtube.com/user/BenPakIFBB/videos features workout videos and 1-hour podcasts on fitness. His most-watched video was one on bicep exercises, which got 1.5M views:

He also has a heavily viewed one on calves too, which has a strong like/dislike ratio:

His website benpakulski.com features clothing and workout programs for sale. His 4-week workout plan is $700, a 6 week customized Nutrition plan costs up to $1300, and he sells an Internship Weekend where he does 3 workouts with you, meals, and Q&A in person for $4000. For those looking to do a skype session with him, it will cost you $350 for 1 hour of his time, while you can go the economic route for $200 for 30 minutes of his time.

Aside from all this Pakulski has published books and does seminars focusing on bodybuilders of all levels. He has said he likes to help natural athletes and normal joes improve in the gym.

Pakulski follows a typical cookie cutter bodybuilder diet of lean protein with good fats and veggies. He highly believes in organic foods, especially when eating vegetables. A typical breakfast for him is beef, broccoli, and coconut oil. Other meals are similar where he would swap in chicken or fish instead of red meat. In between meals, he will have some peanut butter. In addition, he drinks whey and BCAA shakes with some dextrose added. His other carbohydrate favorites are sweet potatoes and rice, and he loves avocado with nuts as his good fats.

Pakulski doesn't believe in lifting heavy weight because he thinks the body doesn't benefit from that, and that 'time under tension' is more important than the actual weight lifted. He prefers correct form using light to intermediate weight vs. heavyweight with average to poor form.

He does not believe in cardio because he feels like if you lift weights correctly you won't need cardio and should be too exhausted to do cardio. Even when he competed he wouldn't do cardio until just a few weeks before his actual competitions.

Pakulski doesn't deny using steroids, he even admits it on his website! Obviously, a man who competed at his level even sniffing the top 10 at the Mr. Olympia heavyweight, is going to be on some major steroid stacks. We can speculate his steroid cycle looked like this:

Join the Evolutionary.org forums and have your say on Ben Pakulski's Steroid Cycle!