An Iowa City, Iowa, gym manager has been caught in a 5-year conspiracy to distribute anabolic steroids.  Stanley Szeto who is 39 years old, was involved in a large-scale national distribution network.   The original arrest was in August where officers executed warrants at his home and gym in Coralville.  They seized vials and tablets of anabolic steroids and packages, along with $3K in cash. 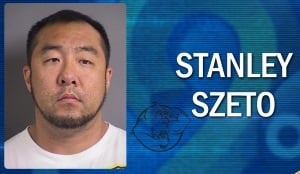 DEA agents say they have evidence that Szeto would buy steroids from a supplier in China and then re-sell them to customers in the USA.  He had over 200 customers.  This week Szeto is expected to plead guilty to federal charges.
This is far from Szeto's first run in with the law.  He also was involved in a fight at Union Bar in Iowa City where he worked as a bouncer and fractured a patron's skull.  He claimed self-defense for this incident.

In addition, Szeto was busted for selling steroids to an undercover agent back in 2007, in Arizona.   From what is known, he turned informant at that time to avoid a major charge.  He also was a moderator on at least 3 bodybuilding forums (thinksteroids (meso), rippedmass and professionalmuscle), posting under the name of "bigbadasian" and having 2600+ posts until 2007, where he possibly changed names after rolling on fellow members and staff.

Him becoming an informant helped put away Mikal Gunn Schrage, known as Maverick of Powerline Labs, for 2 years in prison with countless fines.   Powerline labs was an underground lab which produced supposed licensed Mexican steroids.  Schrage also owned a couple websites including meatheadz.com.    His ratting out had a ripple effect, which resulted in the arrest of several sources on the bodybuilding website professionalmuscle.