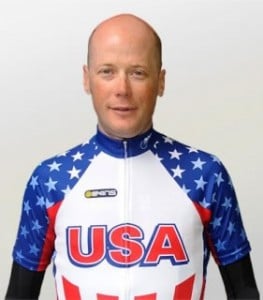 Chris Horner does not have missed a drug test after Spanish anti-doping authorities turned up at the wrong hotel to carry out a test, according to a confirmation by the United States Anti-Doping Agency (USADA). The recently crowned Tour of Spain winner became the oldest winner of a grand tour in Madrid.

On the behalf of USADA, Spanish authorities had been asked to carry out the anti-doping test on Horner. Anti-doping officials attended the hotel where the majority of RadioShack team's members were staying. Nicknamed 'Grandpa' by his peers, Horner became the oldest to win the Tour. He became the first American to win La Vuelta a Espana and the oldest man to ever win a Grand Tour.

His team after the missed test news became public said they will seek compensation for Horner's reputation being sullied after officials of the Spanish Anti-Doping Agency were responsible for him missing an out-of-competition random test the morning after his victory in Madrid. The communication between the Spanish Anti-Doping Agency and the media is a violation of the privacy of Chris Horner, especially since it comes down to a clear mistake by the tester, said the team. The tea said RadioShack-Leopard are frustrated that news of the missed test was made public. RadioShack added the team will seek compensation for this matter with the responsible anti-doping agencies.

The team however confirmed that Horner was instead staying at a different hotel with his wife and had communicated his location, phone number and one-hour time window to be tested to the United States Anti-Doping Agency. The team further disclosed that Chris Horner updated his whereabouts with USADA before the start of the final stage, giving the agency the name of his hotel for the night, phone number and room number for his one hour window between six and seven in the morning. It added that this is all according to the rules and Chris Horner received a confirmation email. In a statement, RadioShack submitted a copy of the said emails Horner sent to and received from the US Anti-Doping Agency. USADA in response to the statement said there had been no wrongdoing on the part of Horner and that they had not passed on the information regarding the change of whereabouts for Horner before the testers visited RadioShack's hotel.

USADA further remarked USADA in response to public statements from Team RadioShack today concerning Chris Horner can confirm that we were coordinating an out-of-competition test with the Agencia Española de Protección de la Salud en el Deporte (AEA) while Mr. Horner was in Spain. It added that Horner properly updated his whereabouts information in advance of the test attempt, but given that the information was received in the United States, the AEA doping control officer on the ground in Spain did not receive the updated information prior to arriving at the hotel and this is not considered a missed test and neither anti-doping organization provided information to the media regarding this situation.