At his peak during the 80's, Bob was 5'10" and a very lean 220 pounds. His physique is the classic old school for sure, and one that almost every man would kill for today. 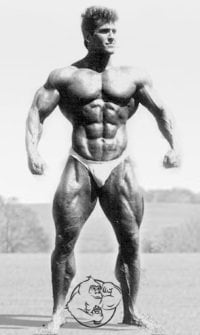 Bob was born in 1959, in Indiana. He grew up doing a lot of outdoor activities like kayaking, hiking, and cycling, taking full advantage of the beautiful wilderness in the rural midwest part of the USA. In school, Bob was also a gifted writer and artist, winning awards for his paintings. His artistic nature also led him to the performing arts, where he also was a Thespian, starring in many plays as a teenager. That wasn't enough for him though, as he also was involved in all kinds of sports from golf to football. Later in high school, he would start weight training using old weightlifting equipment at the school gym no one was using. He noticed he was able to quickly gain size and strength.

Bob would get kicked out of his home by his father at 19 years old, so he decided to drive to California with no money to shoot for higher goals. He would sleep in his car, struggling for a period of time, but it would pay off as he won the Mr. LA and Mr. Southern California. In 1983, he would win Mr. America NCP and Mr. Universe IFBB. 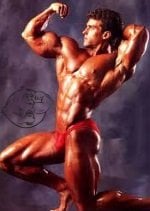 He would place in the top 10 at Mr. Olympia 3X during the 80's, and would routinely compete at the Grand Prix worldwide, Arnold Classic, and Night of Champions, placing in the top 10 over and over. Although he only won a few contests outright, and he was far from the biggest bodybuilder, he still had arguably one of the most perfect bodies during his era. In fact, he was named the most aesthetic athlete in the history of bodybuilding by Flex Magazine.

In 1989, Bob openly came out as being gay in Ironman magazine, becoming the first in history to come out publicly while still competing professionally at any sport. This did not go well for him as he received death threats and he would be blackballed in business. At the time, gay marriage was illegal in both the USA and Canada, with 80% of the public being against it. In 2003, British Columbia legalized gay marriage, and he was able to marry his partner Brian in Canada where they lived. Bob worked hard to make gay marriage legal in the USA, speaking out as an activist and civil rights leader.

Bob has a fascinating blog on his website which I recommend everyone read. In the blog, he talks about all his adventures, thoughts on bodybuilding, and much more: bobparis.com

Here is a video of Bob winning the 1983 NPC Championships:

Here is a tribute video of Bob Paris:

Bob has written a lot of training articles and books over the years and has focused a lot on respecting your body. His philosophy is you cannot succeed training if you do not have self-esteem, so fix that first. He then says you must set goals for yourself on a daily basis, and then shoot for your goals. 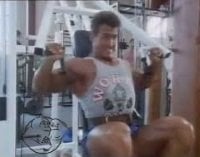 Some of the interesting tips Bob recommends for new lifters are the following:

Bob talks about nutrition in his books. Some of the interesting things he says are you need to be consistent and eat 5-6 meals per day. You must prepare your meals no matter what, and to never depend on restaurant food to eat healthily.

When discussing vegetables, Bob insists that fibrous vegetables are the 'mortar that holds the bricks of your nutrition together', they are the stabilizers. He says the reason is they stabilize insulin release and your blood sugar, and are crucial for detoxing. He then says you must get in proper protein and complex carbs to have a healthy diet.

Bob has spoken out against steroid use over the years, especially steroid abuse. He does not like what bodybuilding has become with crazy amounts of drugs and monster bodies. We can speculate that his steroid use was very conservative and looked something like this:

Join the Evolutionary.org forums and have your say on Bob Paris Steroid Cycle! 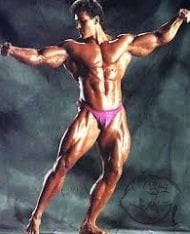 *DISCLAIMER: The cycle above is our opinion on what Bob Paris could have used, this is for information and entertainment purposes only. There is no direct evidence that Bob Paris used steroids or any other drugs. This article is our freedom of speech.