Kenneth Flex Wheeler is one of the most successful and monstrous bodybuilders of the 90's. His competition size is 5'7" 240 pounds with 24" arms, 56" chest. He has competed as a martial artist, and he has 70 wins on his resume. Background: He was born in 1965 and is an American. 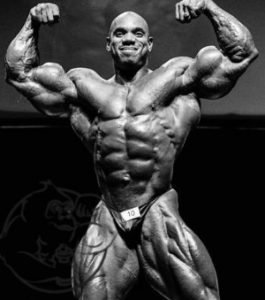 Flex grew up poor and abused in Fresno, California. Furthermore, he had dyslexia, which means he had trouble understanding words, making his time in school extremely tough. Flex was able to channel his tough early years into sports where he was genetically gifted. He started out with martial arts and then got hooked on weight training as a teenager. It was thanks to his martial arts background that he had incredible flexibility, and thus, he earned his "flex" nickname thanks to his talent to actually do splits. 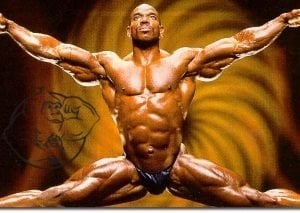 Mr. Wheeler was in law enforcement as a career. However, Flex went from being in law enforcement to bodybuilding during the 80's. It wasn't a quick process as he didn't get completely serious about it till his 1989 Mr. California win. After which, he won the Arnold Classic 4 times, France and Hungary Grand Prix, Night of Champions, and was a 5-time Ironman Pro champion. 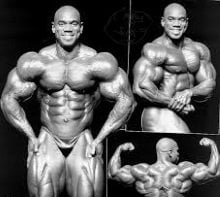 He had 2 major incidents which almost cost him his life during this span which made these results even that much more amazing. In 1994, he was in a major car accident and was lucky to be not killed or paralyzed, and in 1997, he was lucky to not be hurt in a carjacking. 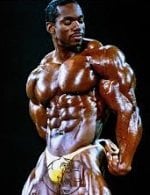 In 2000, he was forced to retire from bodybuilding due to a very aggressive kidney disease which was rumored to be caused by excessive steroid use. Flex has denied this and blames it on hereditary issues. He managed to turn a negative into a positive by going back to his martial arts roots, and a few years later got a kidney transplant. Amazingly 2 years later, he proved his doubters wrong by powering back to winning the 2005 Arnold Classic.

Flex Wheeler has numerous videos on youtube that are quite impressive. A popular video is of his chest workouts you can watch here:

Furthermore, he has 2 more popular videos I wanted to show you that are of him posing. His lean and muscular frame is incredibly impressive:

Even though he had some learning disabilities growing up, he is still a humble and intelligent man as shown in his interview.

Flex is a big man, and he believes in lifting big weights if you want to grow big muscles. He uses a lot of heavyweights with low reps and hypertrophy training. He is a fan of German volume training and progressive overload. He believes the gym should be a place to train 100%, not a place to socialize and play around, so either kill it or you should just go home. 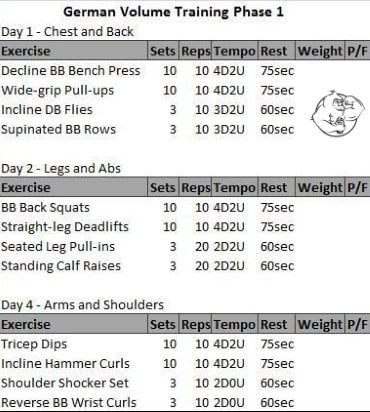 Flex has a typical pro bodybuilder diet which is balanced with lean proteins like fish, chicken, and some grass-fed beef. Along with a lot of healthy fats and complex carbs like rice, sweet potato, and fruit. He is not shy about getting in a cheat meal here and there, as his genetics allow him to do this and still stay lean.

Much has been said about his steroid abuse leading to his kidney problems, which is a fair critique; however, all the pro's of that era abused steroids and not all of them needed a new kidney. Having said that Flex did use steroids to keep up with his competition.

We can speculate a cycle based on what was available in 2005, when he made his comeback winning the Arnold.

Join the Evolutionary.org forums and have your say on Flex Wheeler Steroid Cycle! 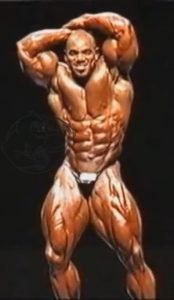 *DISCLAIMER: The cycle above is our opinion on what Flex Wheeler could have used, this is for information and entertainment purposes only. There is no direct evidence that Flex Wheeler used steroids or any other drugs. This article is our freedom of speech.