Human Chorionic Gonadotropin (HCG) is a polypeptide hormone originally derived from the urine of pregnant females. It was discovered before World War 2 and sold by Organon as the brand name Pregnyl. Organon sold it to treat female infertility, depression, obesity, and bleeding of the uterus. As time went on, much like insulin, drug companies found out a way to produce Human Chorionic Gonadotropin (HCG) synthetically. In the modern era, it is used to treat low testosterone, infertility, and genital defects involving the testes. In addition, some obesity clinics have used hcg to help with weight loss. 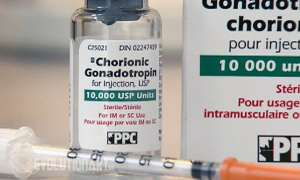 Where does it come from?

In the early stages of pregnancy, Human Chorionic Gonadotropin (HCG) is created in the placenta. It plays a major role in progesterone production, which is a very important female hormone. If you have ever had a pregnancy scare, you may have purchased your girlfriend a home pregnancy test. After conception, levels of Human Chorionic Gonadotropin (HCG) will rise and will be detected by 'peeing on the stick'. If any traces are found, this is an indicator of pregnancy, which to some men is very bad news or good news. After 2-3 months, the levels will begin to drop slowly until the female gives birth.

Those in the fitness industry who use anabolic steroids have found ways to utilize Human Chorionic Gonadotropin (HCG). Think of it as getting an influenza shot where the body gets the vaccination and sees the virus, and then assumes you have the flu. It then reacts accordingly by stimulating the immune system, preparing you for the upcoming flu season.

Human Chorionic Gonadotropin (HCG) works like this in the body, except it will mimic Luteinizing Hormone (LH) as the body thinks they are the same thing. When this happens, your Leydig cells (testes) react by becoming stimulated. This is why your balls (testes) grow when you use it. The result is your testosterone levels will rise. This is useful on an anabolic steroid cycle because you can keep your balls (testes) plump, and then coming off a steroid cycle you can feel better since you get a rise in testosterone. 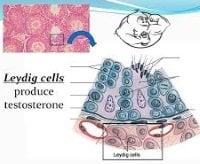 Human Chorionic Gonadotropin (HCG) typically comes in 5000IU ampules as a white powdery substance. You then reconstitute it carefully by mixing in sodium chloride or bacteriostatic water. After doing this, you must store it in the refrigerator, and the mixture will last you 30-60 days.

The injection is typically done subcutaneously into the stomach fat with an insulin needle.

Typical dosages can vary between 250IU's-500IU's 1-3X per week during your steroid cycle. Then before you start post cycle therapy (PCT) users will typically raise the dosage to 500IU's-1000IU's 2-3X per week. It is not recommended to use HCG during post cycle therapy due to the potential for negative side effects – including estrogen increases.

Human Chorionic Gonadotropin (HCG) will cause mild suppression in men because it is a hormone. This means it will gradually start desensitizing your pituitary glands since it is mimicking our luteinizing hormone (LH). This is why you should never abuse or use it during post cycle therapy and bridge if you want your HPTA (Hypothalamus-Pituitary-Testes-Axis) to fully recover properly.

Another side effect is the potential to increase estrogen. HCG does a good job at stimulating our Leydig cells (testes), which will cause a rise in testosterone levels. This rise in hormones will also aromatise into estrogen, a female hormone. Thereby, it will cause an increase in estrogen.

What is the HCG diet?

This diet was originally proposed by a British doctor during the 1950's as a way to fight obesity and has since been parroted by so-called fitness gurus such as Kevin Trudeau who has zero education with nutrition. It involves injecting HCG while also reducing calories to only 500 per day. According to the Mayo Clinic, it has never been proved to work for weight loss and they warn users to beware of such claims:

....Side effects have also been reported with the HCG diet and include fatigue, irritability, restlessness, depression, fluid buildup (edema), and swelling of the breasts in boys and men (gynecomastia). Another serious concern is the risk of blood clots forming and blocking blood vessels (thromboembolism)....source: Mayo Clinic

Where can I purchase and what is the typical cost?

It is very important to watch out for scams selling this drug over the counter or in pill form. Real Human Chorionic Gonadotropin (HCG) can be purchased at euro-peptides.net. The typical cost is not expensive at all and is around $5-7 per 1000IU's. 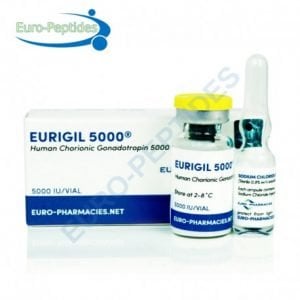 Since HCG has serious side effects, it's not for everyone.  I personally use HCG only during a limited period, and I control the dosages - using very low doses and solely during cycle peaks.  As an alternative, I suggest HCGenerate ES, it's powerful and works great during PCT.

....I'm a believer in herbs and natural methods that don't involve injecting pregnant female urine into myself. As a result, the best natural replacement for HCG is HCGenerate. It's a product you probably heard a lot about. Basically, HCGenerate works by helping restore natural testosterone (T) production by triggering the production and release of T in your testes. It's essentially the best of both worlds, it does the same thing as HCG, but it does it naturally without side effects.... Source 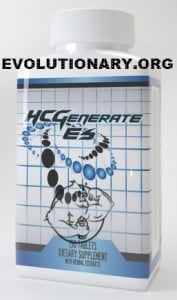 Join the Evolutionary.org forums and have your say on HCG! Read more about HCG on our forums: