At a height of 6'4” and a weight of 205lbs, Jon Jones is a light heavyweight MMA fighter of legend. Recently, he's been in the news spotlight because it has been reported that he had a doping violation, so his scheduled title fight at UFC 200 has been canceled. In spite of all the controversy around him, Jon Jones is arguably one of the best MMA fighters of all time. 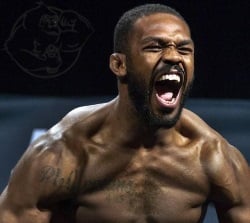 Jonathan Dwight 'Jon' Jones was born in July 1987, and he has proved himself to be a talented athlete from a very young age. In fact, Jon was a high school wrestling state champion in upstate New York, and he played football as an undersized defensive lineman. He continued his athletics at Iowa Central Community College and Morrisville State College, where he studied Criminal Justice. However, he decided to drop out of college in order to pursue a Mixed Martial Arts career.

Right from the beginning of his fighting career, Jones had success and he won all 6 of his matches. As a result, he was noticed by the UFC, and on July of 2008 he was asked to replace another fighter with just a 2 week notice. Jones accepted the challenge, and in that fight he went up against Andre Gusmao at UFC 87. He won this fight using takedowns and unorthodox striking, which granted him an unanimous decision.

The following January, his second UFC fight would take place at UFC 94 against the veteran Stephan Bonnar. Once again, Jones held his own, showing flashes of his wrestling background, and won unanimously. But all this was just the beginning, since his third fight cemented him as one of the most feared fighters when he put a guillotine choke on Jake O'Brien at UFC 100. In fact, Jones actually rendered O'Brien unconscious after he tapped out. That same September, only a year after his first official UFC fight, they rewarded him with a 4 year contract with the UFC.

Jones' next fight would be the only loss of his career, and a first setback. In spite of the fact that he dominated the fight, his opponent suffered a dislocated shoulder, and could no longer continue. Yet, Jones would get disqualified for using downward elbow strikes.

After this loss, he would go on to win 12 straight fights, including winning the UFC Light Heavyweight Championship by TKO, and defending it multiple times.

In April of 2015, Jones was involved in a hit and run accident after running a red light, and there was also a pipe with marijuana left in his car. He fled the scene leaving his vehicle, but returned to retrieve cash, then fled again. However, an off duty police officer witnessed the event, as Jones had left a pregnant injured woman he had hit. As a result, Jones was charged with a felony, and turned himself in to the Albuquerque Police. The judge gave him a break, and let him travel until the trial as long as he stayed in contact with his attorney. Jones apologized on twitter saying "Sorry to everyone I've let down."

Nonetheless, UFC did not take kindly to his actions, and suspended him indefinitely. As a matter of fact, they even removed Jon from the official rankings. In the end, Jones plead guilty, and was sentenced to 18 months of supervised probation. Therefore, he is allowed to travel during this time only for work related activities, and had to do 70 charity appearances, thus avoiding a felony.

Jones was back into the fighting in April of 2016, and won his first return match, which granted him the interim UFC Light Heavyweight Championship. However, it was recently revealed that a banned substance was found during testing back on June 16 - Jones had previously submitted six samples, and this is the first time that performance enhancing drugs were found. Interestingly, they had found traces of cocaine back in January of 2015, but there are no WADA/USADA rules against using cocaine outside of competition, so he avoided suspension.

Nonetheless, even though Jones has denied any wrongdoing, such a failure warrants a 2 year suspension, and the much anticipated rematch with Daniel Cormier (whose only loss was to Jones) will have to be canceled. Instead, Jones will be replaced by Anderson Silva for this event, who will be trying to get his first victory since October 2012. Interestingly, at a certain point of his career, Anderson Silva was also hit by scandals around his use of PED's. 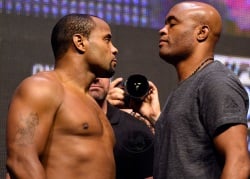 Speculation of Drug use

It has not been revealed what exactly Jones took, but after studying this particular case, we can speculate that Jones' failure was not triggered by an out of competition substance. For instance, things like cocaine, methamphetamine, marijuana, stimulants, and even heroin will not trigger a failed test.

On the other hand, compounds like anabolic steroids, post cycle therapy drugs, diuretics, EPO, and growth hormone will easily trigger a fail if used improperly. Yet, Jones has been adamant that he did nothing wrong, and he was taking legal supplements. Hence, there has been some speculation that one of the supplements he took (called Testagen) contains ingredients that can trigger a failure. To a very naive person this would seem a possibility, but to a knowledgeable person, it is more likely that Jones used anabolic steroids and just happened to be busted this time around.

We know Jones isn't one to be shy with drug use, as he has failed a test for cocaine, was caught with marijuana, and was likely using other drugs as well, which is why he fled the scene of the traffic accident that he caused.

All in all, for enhancing his performance, Jones was most probably taking compounds like halotestin, testosterone, and trenbolone (no esters). Meanwhile, closer to his fight he would use compounds like no ester trenbolone, testosterone, and cheque drops. These are PED's that would create incredible strength and power, and decrease the time of recovery between fights. Remember - professional athletes will use whatever they can, and will try to mask PED use if they can't take them with proper timing. Detectable times of anabolic steroids can vary, so if Jones took something that was still detectable several weeks after the last dosage, that would definitely trigger a fail.

Want to read about Jon Jones on our forums? check out these threads:

DISCLAIMER: The information above is our opinion on what Jon Jones could have used, this is for information and entertainment purposes only. There is no proof Jon Jones used steroids or other drugs except cocaine. All information expressed is per 1st amendment rights, this article is in compliance with all legal articles of free speech.