Jose Canseco, full name José Canseco Capas, Jr., is a baseball player who starred in Major League Baseball (MLB) for many years. He was born in Cuba in 1964, but he decided to move to the United States to pursue a new life. After graduating high school, Jose Canseco started playing for Oakland Athletics (Oakland As) after he was chosen almost last in 1985 draft picks.

As Jose became more confident, he started making guarantees about his performance. For example, in 1988 he promised he would steal 40 bases and hit 40 home runs. He followed up on his guarantee by being the first MLB player to reach the 40-40 record in one season. That same year, he was named MVP in the American League and became somewhat famous. 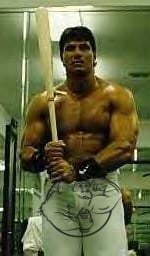 Unfortunately for Canseco, his record hitting wasn't what made him really famous. It was his steroid use that made him a household name. In 2005, Jose Canseco went on public record to admit to steroid use during his time playing for MLB. He wrote a book about drug use in baseball called: Juiced: Wild Times, Rampant 'Roids, Smash Hits & How Baseball Got Big. In the book, he not only admits to using steroids, he also claims over 80% of baseball players are on some type of performance enhancing drugs (PEDs). He named names in the book of players he knew cheated and used steroids: Mark McGwire, Rafael Palmeiro, Jason Giambi, Iván Rodríguez and Juan González. Interestingly, it was proven he was telling the truth when Mark McGwire admitted to steroid use in 2010, and Jason Giambi gave testimony describing his own steroid use to a grand jury investing BALCO.

While Jose Canseco admitted to steroid use, the specific steroids he used aren't clear at all. After all, he wants to write a 2nd book with more details (Vindicated). Therefore, we will guess his steroid cycle based on the information we have about him and the time he cycled. 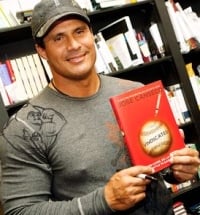 A modern version of this cycle would look like this:

So why did he use the drugs in the cycle?

Anavar – oxandrolone is usually used for fat loss and getting shredded.

HGH – baseball players will use growth hormone for recovery purposes and to heal injuries.

Winstrol – while stanozolol will dry your joints, a low dose will help with fast twitch fibers in the muscles, which will improve performance.

Primobolan – primo is used to stay lean and muscular during a cutting diet, Jose probably used it to decrease catabolism while staying in shape.

Cardarine GW – if he was cycling these days, he would add cardarine to increase endurance, boost fat loss and perform better.

Ostabolic (MK-2866) – he would use ostabolic (ostarine) to heal joints and injuries, while putting on muscle mass and staying lean. 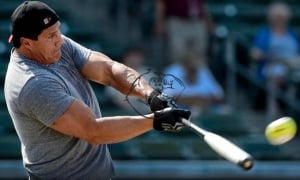 *DISCLAIMER: This following articles is for entertainment purposes, though Jose Canseco has publicly admitted to using steroids.