Larry 'Wheels' Williams is the current WRPF world record holder in the 242-pound division in powerlifting. To give you a sense of how gifted a powerlifter he is, check out this video from last year, where he broke the all-time world record doing a total of 2171 pounds raw:

In this video, you can see that he has a very lean frame, which is clearly seen when he is doing the deadlift. Therefore, not only is he strong, but he also has an incredible physique to go along with it.

Furthermore, Larry is only 22 years old, so if he stays healthy you can expect great things to come from this guy in the future. In fact, he has recently announced an intent on trying bodybuilding to add more mass because he is tired of being at the same weight. 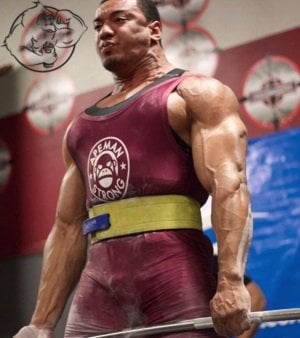 Williams has only 170K followers on Instagram (https://www.instagram.com/larrywheels/?hl=en), so he isn't as well known as some other fitness celebrities. This is due to the fact that people do not follow powerlifting as much as bodybuilding or social fitness gurus. However, this could change, since Larry is transitioning to bodybuilding and perhaps he will decide to stick with that instead of powerlifting. Hence, keep an eye on Williams over the next few years.

On his Instagram page, “Wheels” mostly has videos of him lifting and pictures of him with family. He also uses this account to do some networking with other pages.

Another popular video features Williams training with some other very gifted strength athletes at another gym:

Early life struggles and steroid use

Unlike most other athletes, Williams has put out a video about his steroid experiences.  In the video, Larry explains that when he was 16 or 17 he got into a lot of drinking and partying. What's more, he was doing recreational drugs every weekend, and at one point it even transitioned into every other day. This is what happens when you get in with the wrong crowd as a teenager.

He wasn't studying, wasn't going to school, or caring about anything. His role models were older guys who he noticed didn't amount to anything in life - they were all ending up broke, dead, or in prison. One day he decided that he didn't want to end up like his loser best friend he had looked up to. Therefore, Williams decided to switch one vice to another, so he dropped all other substances, and replaced them with steroids.

Williams knew nothing about steroids, but he had a friend who knew where to get them, how to use them, etc. As a result, Larry became obsessed with learning everything he could about steroids before using them. Naturally, he was scared to inject himself at 17 going on 18, but he knew his life was heading in the wrong direction and since he loved lifting heavy weights this could be a way to save his life. He quit partying, started using steroids, and became a weightlifting addict. Just 3 years later Larry was setting world records in powerlifting! 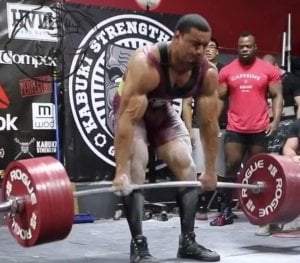 The World Raw Powerlifting Federation WRPR is not drug tested, so his peers would definitely use heavy amounts of steroids. Consequently, if he wanted to keep up with everybody else, Larry also needed to use steroids. For instance, Williams admitted to using 500mg of testosterone with 150mg of Anadrol leading up to the US Open Powerlifting Championships. 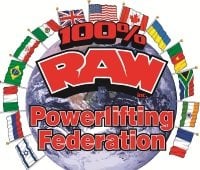 What's more, he has also admitted he has used over a gram of testosterone a week, along with lots of superdrol clones, trenbolone, dianabol, and turinabol. Interestingly, Larry says he felt awful on that stack and compared the feeling to having a rat in his stomach eating away at his body. Williams says he hated trenbolone due to the side effects and didn't notice as much strength gains as with orals. In addition to that, trenbolone also affected his mood and caused him to get depression along with other things, such as high blood pressure and libido problems.

As a disclaimer, I want to outline that just because someone was to run heavy doses of steroids, doesn't mean they will be able to bench 600+ pounds – there are plenty of people using lots of steroids who can't even bench 300. Apart from having sensational and gifted genetics, Williams has also set out a goal to be the best powerlifter and worked his ass off to achieve that. Too many people think steroids are magic, but they are merely a tool.

Based on what Williams has admitted, this is a stack he has run as a cycle to help him get so strong.

This is what Williams cruises on in between cycles:

Join the Evolutionary.org forums and have your say on Larry Wheels Williams's steroid cycle!