Manganese is a mineral nutrient that is stored in the bones, liver, kidney, pancreas and tissues. This mineral can be found in such food sources as fruit, garlic, tea beans, rice, oats and leafy green vegetables. However, these are not the only sources of manganese, since it is also sold as a supplement.

Interestingly, its importance wasn't realized until the 1970's, when the first cases of manganese deficiency were discovered. It is a significant issue because low manganese can induce infertility, bone problems, eye problems, heart issues, hearing issues, weakness, and seizures. Moreover, manganese also improves the efficiency of other minerals and vitamins in the body. Therefore, researchers are still studying this mineral today. 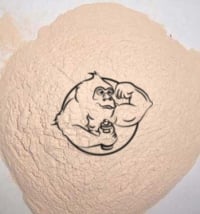 Manganese is an essential nutrient, which has a direct impact on many chemical processes in the body, like processing carbohydrates, protein, and even cholesterol. One of the most important roles of manganese in the body is helping convert protein and fat to energy, and aiding in maintenance of our reproductive, nervous, and immune systems. In addition, it influences such a variety of natural processes that it is even involved in blood sugar regulation and bone formation.

Most of all, athletes will appreciate the beneficial effects of manganese on blood clotting, formation of cartilage, and lubricating fluid in the joints.

Why are we deficient in minerals?

Many people are deficient in manganese because of poor diets. As a matter of fact, it isn't always about not getting enough minerals, but also eating the wrong things that can actually leech our bodies of minerals. For instance, acidic drinks (milk and soda) and acidic foods (candy and processed junk food) will actually deplete the body of minerals like calcium, zinc, and manganese.

Therefore, it is important to reverse these processes, which can be achieved by eating more alkaline forming foods such as fruit and vegetables, and drink mineral water and fresh fruit juice.

Although manganese is mostly used for the treatment of an obvious condition – manganese deficiency, this mineral has a wide array of uses. Currently, it is used to treat such conditions as osteoporosis, anemia, and PMS.

Furthermore, it has been proven that manganese can be used as an anti-oxidant, and can be beneficial for food digestion, fatigue reduction, and memory improvement.

Use for Athletes and Bodybuilders

Manganese is an important mineral to help keep bones strong, boost immune system, and have strong joints. Serious athletes must get in their vitamins and minerals or face the breakdown of their bodies over time; this means slower recovery, less muscle gain, more injuries, and less energy. In fact, many bodybuilders choose to run harsh drugs, like Deca Durabolin, to solve their bodies' injuries as a band aid, which in the long term will only make injuries chronic and permanent. Hence, getting in the proper vitamins and minerals should be done from day 1 in order to maintain long term health and success reaching your fitness goals.

Unfortunately, getting these vitamins and minerals through food can be difficult due to our fast paced lifestyles, so mineral supplementation is necessary. The most vital minerals for athletes are manganese, calcium, zinc, and copper. If you fail to get in these minerals, the effectiveness of vitamins goes down. Moreover, the effectiveness of glucosamine and MSM within the body will be compromised.

Therefore, it is no surprise that athletes like to supplement with manganese because they need more minerals in their body, and they will stack it with glucosamine and other joint supporting supplements to help with osteoarthritis. This is especially beneficial for elbow and knee joints, and general inflammation caused by nagging injuries, or over working.

In spite of the fact that there have been past documented cases of miners, who were exposed to excessive minerals through inhalation, and, as a result, had some health problems from them, minerals are very difficult to overdose on. Therefore, the average person never has to worry about this, and should rather be concerned with getting enough minerals. Even though manganese can be run up to 11mgs per day with no side effects, those with liver disease must never exceed this dosage.

Manganese is easily found over the counter in vitamin shops, online stores, and health food stores, and it is popularly found in some supplemental stacks. I recommend a supplement called N2Joint Rx because it contains 2 mgs per serving of manganese, which is the recommended daily dose. Moreover, this supplement also has many other ingredients, including zinc, copper, and calcium, all of which work to strengthen your bones. This essential supplement can be found at n2bm.com.

Want to read about Manganese on our forums? check out these threads: