Steven Cao is the most popular Asian fitness model in the world...but does he use steroids or other drugs?!? * read on....

Steven Cao is a very young social media fitness celebrity and online coach. He is most known for his amazing transformation from a 16-year-old boy, to 21-year-old ripped fitness model. You can watch the transformation montage here:

He also entered the pro circuit this year just 1 year after hitting the bodybuilding stage. He just turned 23 years old this year, and his stats are 5'10" and around 190 pounds. 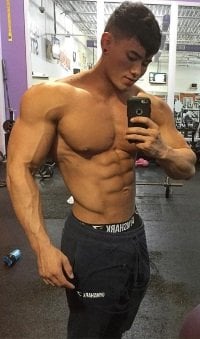 Cao's first love is basketball. He had dreams of one day being a professional basketball player during his teenage years. At 16 years old, he noticed that he just wasn't strong enough to compete with his peers anymore, so he decided to weight train. His results were so good that he decided to quit basketball and pursue bodybuilding instead. 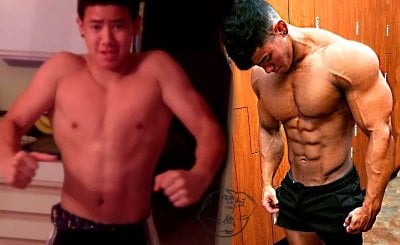 Steven Cao before and after

Cao spent a few years improving his diet and workout plan, and he hired a coach to help him get to the next level. He had to stop weight training for a few months due to a hernia, which required surgery. This caused him much frustration, but by 2016 he made his comeback and was ready to compete finally.

Cao took first place in 2016 at the John Kemper Classic Men's Physique Class B and Novice Class A. The next year he won first place at the NPC Men's Physique Jr. National Championships, which earned him his pro card. His toughest competition was the San Jose Pro where he finished a respectable 4th place in Physique.

Cao is most known for logging and documenting his bodybuilding life. Unlike so many other bodybuilders his genetics were awful as shown by his skinny and weak frame at 16. Many others at that age are naturally big and jock types, but Cao seemed more like a computer nerd. His amazing transformation has inspired many former scrawny nerd types to bust their ass in the gym to achieve a better body.

His youtube channel has grown quickly the past couple years and now has over 100K subscribers: https://www.youtube.com/user/YoungBarber21/videos

Aside from his transformation video mentioned earlier in the article he has another popular video where he trains chest 7 weeks out from the competition he turned pro at:

Another popular video Cao shows what he eats on a refeed day:

Cao was able to parlay his fame into being a personal trainer and coach himself, even at such a young age. He offers online coaching on his Instagram page, and also models a clothing line.

Typical of younger lifters, Cao trains often for long periods of time. He trains a minimum of 5X per week, and for at least 90 minutes up to 2 hours per session. He believes in high volume training, but with lighter weight. His training goals are to look like the 70's bodybuilders who had tight waists, round shoulders, and a ripped body.

Unlike many young lifters, he loves training his back. His favorite lifts for the back are pullups, lat pulldowns, T-bar rows, seated cable rows, and standing lat pushdowns. He will do 4 sets of 10-12 reps of those exercises. 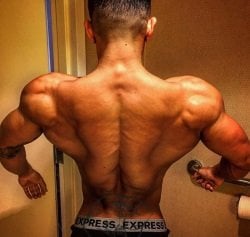 Cao has an extremely strict diet to the point where he considers sushi a cheat meal. He has no problem eating lean protein like chicken, turkey, and fish with brown rice and veggies for every meal. He has experimented with different diets but finds the bland protein/rice/veggie meals as the one that works for him and he enjoys it.

Cao has been actively talking about bullying because he was bullied as a skinny kid too. He has said that many people have come up to him at expo's and thanked him for his inspirational transformation videos. They helped them hit the weight room after being skinny and bullied as teenagers.

Cao likely used steroids and SARMS at a young age to speed up his transformation so quickly. A steroid stack he probably used* was:

Join the Evolutionary.org forums and have your say on Steven Cao Steroid Cycle! 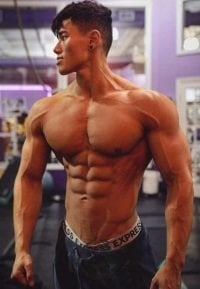 *DISCLAIMER: The cycle above is our opinion on what Steven Cao could have used, this is for information and entertainment purposes only. There is no direct evidence that Steven Cao used steroids or any other drugs.