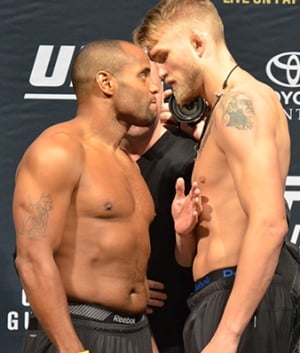 This was for the UFC title, but it might as well have been for the low-cardio title of the century. For 2 guys who are supposed to be #1 and #2 in the division, they did amazingly bad. In the 1st round, it was Cormier dominating with his ground and pound. Followed by a 2nd round and 3rd round of Cormier chasing Gustafsson while he runs around the cage. Gustafsson turned his back on Cormier multiple times while running away. A knee lander in the middle rounds by Alexander did some damage to Daniel, but it didn't stop the fight. The last 2 rounds were just 10 minutes of suffering from low cardio by both Cormier and Gustafsson. Slow punches, slow movement and overall poor performance.

I'm very disappointed with the fight. The 2 top guys were out of cardio shape, maybe they should have used some cardarine (gw)®TM because they are no match for Jon Jones. Jon Jones is coming back to the UFC light heavyweight division, so we'll soon see Cormier lose the belt. My view is that Daniel Cormier is too short and too fat to be in the light heavyweight division. He should move down to middleweight, which is where he'll do best with his size. 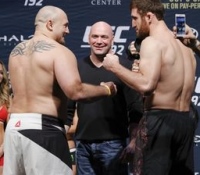 This fight was a match between a fat guy that threw bombs the whole time, and a Russian guy who punches like a girl. This punches did very little damage to Jordan. Basically, to sum up the whole 15 minutes: Jordan runs after Ruslan, Ruslan throws a few light punches and kicks to keep Jordan back. Jordan chases him again, thrown haymakers and bombs and misses. Again Ruslan tags him and runs. Sum of the whole fight = boring. Wouldn't watch this kind of fight again.

Overall, the whole UFC 192 was very disappointing and boring. Jon Jones is the real champion, no matter if he's a jerk or douchebag or whatever anyone says, he really does put on interesting fights.