Brandon Curry is an American IFBB professional bodybuilder who placed 8th at the 2017 Mr. Olympia. His listed stats are 5'8" and 260 pounds, and as of this article, he is 35 years old being born in 1982. 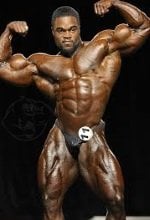 Curry was born and grew up in Nashville, Tennessee. He was active from a young age in many sports especially football, track/field, wrestling and even gymnastics. He started using weights in his garage after school and became fascinated with fitness. He would use action movie stars of his era like Rocky, Rambo, and Arnold to give him motivation.

After high school, he wanted to soak up as much knowledge as possible, so he majored in exercise science. He graduated college and became a personal trainer and used that money to fund his early bodybuilding career. He started doing amateur shows in his early 20's, and would spend the next 5 years building up his frame the right way patiently. By the time 2008 came around, he was ready to crash onto the scene, winning the NPC USA Championships. This would mean he was now a pro.

Curry competed in more than 2 dozen pro bodybuilding contests over the next decade, gaining a lot of fans and respect along the way. His best showings were 8th place at the Mr. Olympia 2011, 1st place at the 2013 IFBB Arnold Classic Brazil, and a win at the 2015 IFBB Toronto Pro Supershow. He would return in 2017 to the Mr. Olympia top 10 by finishing 8th place once again. At his age, he still has the potential to do some damage over the next 5 years and place higher. 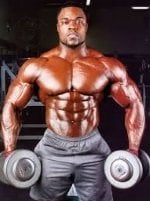 Curry has a modest following of 250K on his Instagram https://www.instagram.com/brandon__curry/?hl=en . He posts pictures of his travels, all things fitness, pictures, and videos. He is sponsored by mnxsportswear, Team Scitec and Team Generation Iron.

His website is brandoncurryallaccess.com, there he markets his Scitec supplements and offers marketing services. He and his wife promote a local bodybuilding show in his home state of Tennessee called the Music City Muscle.

Curry has a video on youtube with a whopping 8M views of him posing:

This video was actually taken in 2008 and his physique is incredible in symmetry, displaying someone who is obviously a gifted bodybuilder. Another popular video has Curry giving advice on weight training where he stresses proper form to develop the chest properly.  His 3rd most popular video is also from back in 2008, this one features him doing an interview:

He comes off as very educated and intelligent even at his younger age.

Curry believes in weight training 4-5X per week. His splits are a bit unique than what we usually see from other bodybuilders because he doesn't do consistent split routines. An example is he will mix up the chest, back, and shoulders all in 1 workout, and mix up other muscle groups in another. He believes in muscle hypertrophy, and accomplishes this muscle breakdown by doing a rep range of 10-14 slowly and with perfect form. In addition, he will take a day out of the week to strength train, taking longer breaks between sets, and using lower reps. He will then alternate back to hypertrophy training the next day and so on, making sure to take a rest day when needed. 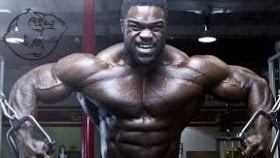 As you can see, he likes to change up his workouts totally instead of doing the same 3 or 4-day split. He thinks this gives better gains than doing the same thing over and over. He is very strict about proper form, and only lifts raw. This means no straps, wraps, gloves, or belts.

Curry's diet is not as strict as some other bodybuilders, especially during the offseason. He isn't afraid to cheat on his diet with candy or chocolate.

His primary diet though are whole foods and the typical cookie cutter foods such as sweet potatoes, rice, eggs, meats, oatmeal, and veggies. He also eats more fruit than other pro's do. He does push supplements and says he takes protein, fat burner, pre-workout, multi vitamins and ZMA.

Curry has obviously tremendous genetics, knowledge about training/nutrition, and of course has spent a lifetime training to achieve his physique. However, to get to that next level, steroids and other PED's are going to be necessary. We can speculate a stack like this before his competition.

Join the Evolutionary.org forums and have your say on Brandon Curry Steroid Cycle! 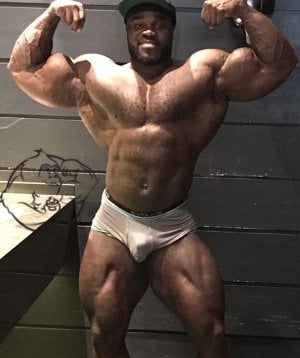 *DISCLAIMER: The cycle above is our opinion on what Brandon Curry could have used, this is for information and entertainment purposes only. There is no direct evidence that Brandon Curry used steroids or any other drugs. This article is our freedom of speech.