Who is Lee LaBrada?
A true legend in the world of competitive bodybuilding, Lee LaBrada dominated the scene in the 1990’s with his combination of outstanding muscularity and perfect proportion.

Interestingly, while still being a teenager, Lee was responding very well to training, and he did so to the point where he won his first competition, making him eligible for pro status.  In fact, he achieved this feat at the weight of only 180 pounds.

Over the years, LaBrada went on to win almost every major bodybuilding title, except for the coveted Mr. Olympia, where he finished in the top four for seven years in a row.  There were some theories as to why the “big one” was always out of grasp, but it wouldn’t be far-fetched to say that as flawless as LaBrada looked, when on stage against other competitors he was often overshadowed in regard to sheer size due to his height.  At barely 5’ 6”, Lee didn’t have the domineering mass to beat the likes of a Lee Haney or Dorian Yates, although many felt he was far superior in quality musculature.

Furthermore, Lee was also a master poser, and any contemporary competitor can learn a lesson from watching some videos of his posing routine.  Everything was seamless, one pose leading in to the next — all orchestrated in a fluid entertaining manner.

Lee LaBrada Training
Lee’s training philosophy was simple - working in the 6-8 rep range for mass, and the 10-12 rep range for definition.  Moreover, he also worked quickly with little rest in-between sets and did only 6 to 8 intense sets per body part.  As a result, his typical workout would last just 45 minutes.

LaBrada Diet
Regarding food consumption, LaBrada believed in a high protein diet — as much as 40 grams at every meal, and very low carbs along with supplementing essential fatty acids.  He was always very conscious of not overeating.  As a matter of fact, Lee preferred to get most of his protein from supplement sources claiming that ”It’s finer and mechanically ground down, allowing for a better absorption and a higher quality and more digestible form of protein than from an animal source.”

Lee LaBrada Steroid use
Lee denied being a heavy drug user and actually preferred drug tested contests because he felt he could excel on a more even playing field if everyone was natural.  However, shows like that don’t sell tickets, so he had to use steroids in order to be competitive.  LaBrada preferred drugs that didn’t bloat and was adamantly against the use of insulin to create sheer size with the consequent loss of aesthetics.  His choices of steroids likely included primobolan, masteron, anavar and winstrol.  This doesn't mean he stack all these steroids together, but he likely used these steroids during some part of his career. 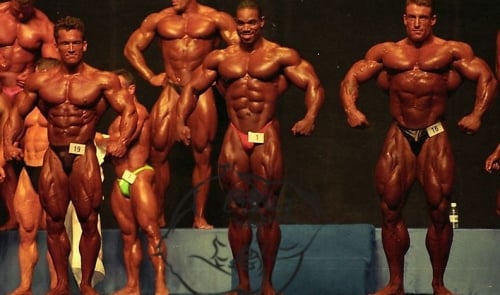 Lee LaBrada today
After retiring from competition, LaBrada started his own supplement company, and today still remains active and in shape.  He regularly tours the country, doing clinics and seminars on the benefits of bodybuilding.