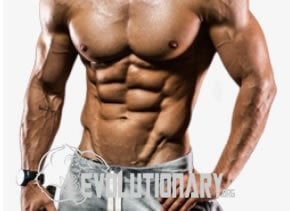 Longjack is the name used in the western supplement world to refer to an Asian shrub called Eurycoma longifolia, which has a bunch of health benefits we will discuss in this article. You may have also heard it referred to as Tongkat Ali or Pasak Bumi, depending on what part of the world it is talked about. The root of the tree has alkaloids and quassinoids which is what is used medicinally. It is primarily used in some of the best supplement stacks among bodybuilders, weightlifters, and people wanting to get an edge in the bedroom. It also can be found in energy drinks, coffee, or tea.

Eurycoma longifolia, commonly called Tongkat Ali root, is a tall evergreen tree that is native to southeast Asia. The native Malay name translates to 'bitter charm' or 'bitter medicine' because this herb has a bitter taste. However, not the entire tree is used in medicine, and only the bark and roots are employed for numerous health benefits. Read More..

Libido refers to lack of sex drive. It has become a common problem thanks to stress, diet, and environmental factors. Among those who cycle steroids, it is common when the person comes off the anabolics and hormones crash back down.

Longjack was studied among 100 men who were middle-aged. The study showed that the men had a rise in sexual libido and semen volume. Based on this, it is a really good idea to supplement it when you are having trouble generating much sexual desire.

Better than chocolate: 6 Foods that can boost your libido https://t.co/uOsQqwQ9z1

(Natural News) Chocolate has always been associated with feelings of happiness and pleasure. It has been proven to reduce stress levels and alleviate pain by triggering the release of endorphins … pic.twitter.com/QlJpafLrrF

Erectile dysfunction is quite common these days among men of all ages, and it is mostly caused by poor blood flow to the penis, thus causing something called 'limp dick' to happen. It is amazing how men managed to function before things like Cialis and Viagra existed to help you get a strong erection. The truth is people have known about Longjack for many years, but the big pharmaceutical companies would rather you take dangerous and unhealthy drugs instead. A study followed men for 12 weeks who took Longjack daily, and the results found that erectile function was enhanced.

We have all seen the many commercials for Viagra, Cialis, and Levitra. Drugs treating erectile dysfunction have become mainstream topics and generate huge sales for pharmaceutical companies. Do you know how they work? Do you know that they are often used in bodybuilding? In this article we will take a look at common PDE5 inhibitors and their various uses in and out of bodybuilding. Read More..

Longjack helps boost both muscle gains and strength because it naturally causes a rise in the male hormone Testosterone. A rise in Testosterone results in a rise in both the bedroom and also for athletic performance. A British study found men taking 100mgs per day for 6 weeks had much better results than their peers who also were working out. Another study tested both men and women for 5 weeks who were older and found that both total and free testosterone rose. This also resulted in greater strength both at home and also in the gym for those who worked out. 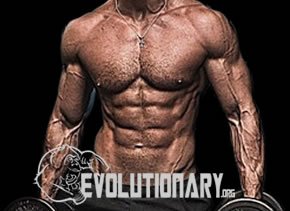 Sperm counts have been decreasing substantially in modern times and that has resulted in a fertility epidemic. A lot of this has to do with environmental and diet factors which are tough to remedy. The good news is Longjack was studied where men took 200mgs per day for 6-9 months and sperm counts rose. Not only that but the actual motility of the sperm (how strong the sperm is) also went up and the results were their partners actually became pregnant.

A failure of the testes in men is called hypogonadism, and this condition has become common even among younger adults. When a person uses anabolic steroids, it can cause this condition to accelerate sooner and this will mean a drop in Testosterone. Low Testosterone will make it hard to build muscle and strength, have a strong libido, have a good mood, and many other bad things.

A study of 75 people with hypogonadism were given 200mgs for 4 weeks and their Testosterone levels rose meaning their testes showed greater functionality.

Find out the amazing benefits you can gain like increased libido and stress release from practicing daily morning meditation according to @LightWatkins https://t.co/ofEg9MzntW #mediation pic.twitter.com/OcJ8Evc5tM

In today's society, we are taught you need to saddle yourself with a wife, kids, debt, mortgage, cars, and a lot of responsibility juggling careers to make ends meet. This has been the prime reason for the increase in stress levels of people. We all know friends who have been broken by the hard knocks of life, and they likely also suffer from numerous health problems thanks to it.

The good news is Longjack will help alleviate stress. A study followed a group of individuals before and after taking it for 4 weeks. It turns out their confusion, anger, and tension dropped. Their cortisol levels also went down, while their Testosterone went up. 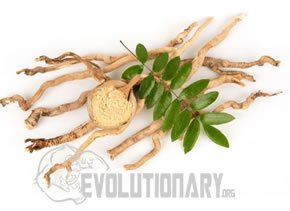 There are some additional benefits:

Because Longjack is a natural supplement there is no reason to worry about it being dangerous. Those who use too much have reported issues with anxiety or insomnia.

Certain drugs like antiplatelet medication and immunosuppressant drugs could negatively interact with it. 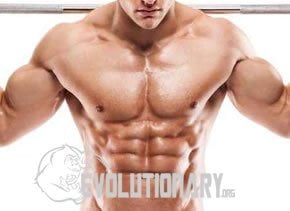 We recommend using Longjack at 200mgs a day, and cycling it 3-6 months on and 1-2 months off, although some people do use it year round with no problems.

Introducing Ostazol (M1-MK) by Banned Nutrition, a hardcore testosterone booster that is taking the supplement market by storm. M1-MK takes the hassle out of your on-cycle and post cycle supplementation because it has over 2 dozen ingredients. No need to buy 25 different products from the overpriced retail store, now you can get it all in 1. Read More..

Longjack works best when it is part of a comprehensive supplement stack with vitamins, minerals, and other compounds. Rather than spend hundreds buying all these things separately, we recommend finding an all in 1 product. One product we really love is called M1-MK by bannednutrition.com which contains 200mgs of Longjack (Eurycoma longifolia) [Root] 100:1 Extract, along with two dozen additional ingredients. You can learn about M1-MK and all the products it contains by going to evolutionary.org and elitefitness.com. 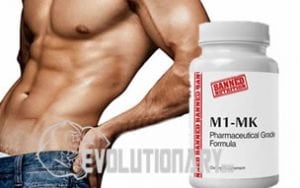