Ever since the first President Bush, and his son George W. Bush, signed the 1990 and 2004 Anabolic steroid Control Acts into law, the DEA and law enforcement agencies have occasionally busted steroid dealers in the USA in order to send a message that they will not tolerate steroids distribution. In this article, we will take a look at the most recent crackdown, which is called "Operation Cyber Juice."

Operation Cyber Juice led over 90 people to be arrested, and shut down numerous so called "underground labs" (UGL) that were making illegal steroids and other performance enhancing drugs (PEDs). These UGL's are very common throughout the country, and generally bring in the raw materials from China to produce anabolic steroids, then slap a label on them and sell these products for potentially gigantic profits. What's more, they also bring in products from Eastern Europe, especially Moldova, for re-sale. 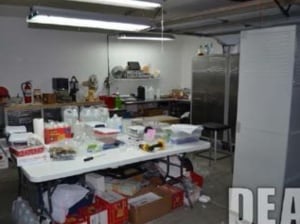 In this 5 month crackdown, the DEA seized a whopping 400 kilograms (almost 900 pounds) of raw materials and thousands of liters of chemicals that had been obtained on the internet from China and India. Furthermore, steroid powders and liquids were also confiscated, as well as millions in hard cash. These materials and products were in the process of being turned into anabolic steroids after secret lab operations, and they were meant to be sold on the sketchy black market either through the internet or via local dealers. For instance, just in Arizona four labs were raided and shut down, where 150,000 doses of finished product were found. Hence, the amount of steroids these labs are producing is staggering in number.

Steroid use among the common population

According to one DEA agent, his motivation for this operation was because "too many young people were ruining their bodies and lives through steroid abuse." You can go into any gym, and steroid use is not just a few guys, but I would argue that it is extremely common, since in today's world it is considered normal. The ease of access to steroids on the internet, as well as through re-sellers in person, makes them easier to get than even marijuana.

Interestingly, people do not realize that just because someone you know doesn't have a six pack, or doesn't bench three plates, doesn't mean that they have not used (or currently use) anabolic steroids. In a normal type of gym setting, the number of males who have experimented with steroids is easily over 50%, and probably closer to 80% or more, where the exact number depends on the area of the country and the financial demographics.

Go to any college campus, and it is assured that fraternities are passing steroids around to each other. As a result, many young people succumb to the peer pressure of being ripped or being strong. Therefore, these users are not pro-bodybuilders or any sort of pro-athlete at all. They are just normal people trying to get more muscle and strength for personal performance enhancing.

The dangers of unreliable suppliers

The DEA mentioned that they received tips from the US Anti Doping Agency, and the WADA (world anti-doping agency), which is also in charge of banning performance enhancing drugs from the Olympics and testing. In fact, the DEA made a warning about the major danger from buying steroids on the internet due to the clumsiness and dishonesty of Chinese vendors who supply the raw materials. Thus, the American labs who manufacture them have no regard for product safety or honest labeling of what they are selling. An example would be a buyer who thinks that he is getting HGH (human growth hormone), but is really getting HCG; or someone thinking they are buying anavar, but in reality they are getting winstrol. These dishonest suppliers will replace the more expensive compounds with a cheaper version that gives similar results, or that looks the same, fooling the consumer.

Moreover, the DEA agent also mentioned that the busted labs were extremely unsanitary, and they found steroids being mixed in bathtubs and sinks located in filthy bathrooms. This type of operations lends credence to the term "bathtub gear," which was created to insult homegrown underground labs. 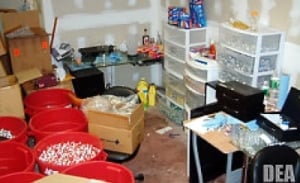 Consequences of the operation

All in all, US agents managed to seize in this operation a whopping 134,000 doses of illegal steroids, more than 1300 pounds of raw powder and over 2000 gallons of raw liquid. This operation was carried out in 20 different states across the country.

As of September 06, 2015, it is rumored on the internet that possible lab busts include: 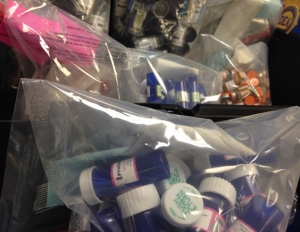 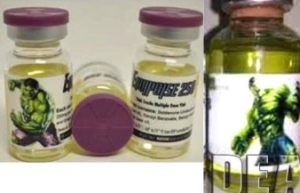