William Bonac is a professional bodybuilder most known for his recent 2017 Mr. Olympia 3rd place showing, falling short of Phil Heath 1st and Big Ramy 2nd. He is from Ghana, a small country in West Africa, but migrated to the Netherlands in Europe.

Bonac was born in May of 1982, so he is 35 years old as of this article. His listed stats at competition are 5'7" and 255 pounds. He says he started lifting weights at 13 years old to relieve stress, and it took him 2 decades to reach his dream of the Olympia stage.

In 2011, Bonac burst on the scene placing 3rd at the IFBB Arnold Amateur. He would compete in various shows over the next few years and finally won his biggest competition in 2015, which was the IFBB Nordic Pro. The next year he placed a 5th at the 2016 Mr. Olympia, and the year after he was 3rd. It will be interesting to see if he can take down Phil Heath in the next couple years! 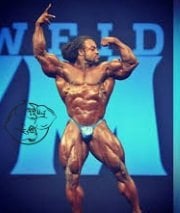 Bonac has 366K followers on Instagram https://www.instagram.com/william_bonac/ where he keeps his fans updated with photos and videos of his training and physique. He also has a facebook page with similar postings: https://www.facebook.com/williambonacofficial/

Bonac makes no bones about how he trains. It is a take no prisoners approach of intense and heavy, going to failure frequently. He has a 4-day training split of push, pull, legs, and shoulders, with 2 rest days, and 1 day dedicated to just cardio. Amazingly, Bonac says his legs have been his weak points for years, but he has one of the best legs of any bodybuilder today. He credits his success to front squats vs. regular squats which put too much strain on his back.

Bonac is also recognized for his incredible arm development. His strategy for building huge arms is incorporating his triceps on his push day and his biceps on his pull day. He says a key to his success is drop sets after heavy machine arm work, and he loves barbell curling. For his triceps, he loves dips and extensions. 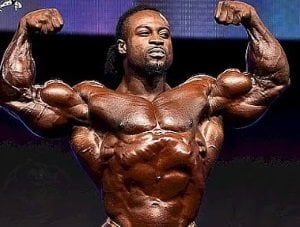 Bonac's diet is the typical huge bodybuilder diet to get big and stay ripped, very simple and not complicated. He is not scared of complex carbs and will eat potatoes, oats, and rice with no problems. He eats a lot of eggs, lean fish, and lean meat. An example of a typical breakfast are oats, eggs, and nuts. Another example of what he would have for dinner are chicken, rice, and green veggies. He likes to eat almonds with most of his meals to add in fat.

Luimarco, who likes to critique and comment on pro bodybuilders, attended the Dubai MuscleShow recently and had a heated argument with Bonac over supposed previous comments the youtuber had made. You can watch the encounter here where Bonac seems to instigate a fight and is pulled away while Luimarco shouts: "Bonac you are finished!"

Keep in mind Luimarco has grown his channel partially by critiquing pro bodybuilders, and bodybuilding as a whole, which he views as a pageant and not fitness. Luimarco claims that he never once attacked Bonac for his personality or physique, and never said a negative thing about him. Instead, Luimarco says he was a friend of Bonac, and blames the beef on a repost that showed up on his feed which he believes Bonac tied to him unfairly. Bonac then attacked Luimarco on social media, and they had a private conversation where Luimarco sarcastically said "You should move to Kuwait" which resulted in Bonac feeling Luimarco had threatened him, and exasperated the beef between them. He tries to clear up the misunderstanding in a very highly viewed video:

This beef and the result led to Bonac getting death threats and hate from Luimarco fans. Many old-school bodybuilders were quick to back Bonac because they feel like these social media guys have too much influence and power. Dave Palumbo put out a video saying "This is what you get when you talk trash behind a keyboard and you should be willing to deal with the consequences."

Saying things such as "he has the physique of a female bikini competitor" and other insults.

Luimarco was very upset about this because he feels as though he was not the aggressor in this incident, and he invited Palumbo onto his show where he wanted to know why Palumbo did not defend him, or at least talk about the truth of what happened, or have the decency to invite him onto the show to defend himself. Palumbo's response was "my show is a debate of opinions and I never said anyone was right or wrong."

William Bonac needs to incorporate steroids into his strategy to compete at the biggest stage in the bodybuilding world. However, he also has the amazing genetics to match. Keep in mind steroids and PED's aren't everything in bodybuilding. Bonac has spent over 20 years perfecting his body through hard work and proper diet, so don't think you can follow this protocol and end up at the Mr. Olympia.

Join the Evolutionary.org forums and have your say on William Bonac! 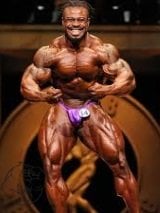 *DISCLAIMER: The cycle above is our opinion on what William Bonac could have used, this is for information and entertainment purposes only. There is no proof William Bonac used steroids or any drugs. All information expressed is per 1st amendment rights, this article is in compliance with all legal articles of free speech. This is my opinion.