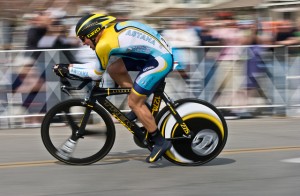 Lance Edward Armstrong, American former professional road racing cyclist, may not realize his goal of reducing his lifetime ban for doping if he appears before the Cycling Independent Reform Commission (CIRC) formed by UCI, the world governing body of cycling.

The Cycling Independent Reform Commission (CIRC) was established for investigating how doping became so popular in the so-called "Lance Armstrong era." In a UCI statement, Cookson remarked this Commission will investigate the problems cycling has faced in recent years, especially the allegations that the UCI has been involved in wrongdoing in the past — allegations which have done so much to hurt the credibility of the UCI and our sport.

USADA CEO Travis Tygart remarked that the Cycling Independent Reform Commission is a right step in the right direction. He remarked USADA investigation into cycling from day one has been focused on dismantling the culture of doping that infiltrated the sport, so we are glad the new UCI leadership is now moving forward to attempt to unshackle itself from this corrupt culture for the good of the sport and clean athletes. Tygart added we are pleased to see the named commissioners come from appropriate and distinguished backgrounds, and we are hopeful they will continue the effort to uncover the system of doping that took over this sport so that this level of dangerous fraud never happens again.

UCI President Brian Cookson recently remarked that any amnesty or relief to Armstrong could be provided only by USADA and only if the cyclist offers information critical to doping investigations. The United States Anti-Doping Agency is not keen to assist Lance Armstrong anymore and said Armstrong has repeatedly rejected the opportunity to do so and has shut the door on his chance despite claiming he wants to help, privately since June 2012. USADA said much of the information we understand that Armstrong could have provided is of little, if any, value now, as it has already been uncovered through other avenues or soon will be.

In a televised interview last year, Armstrong confessed to using banned substances such as anabolic steroids, EPO, blood transfusions, and cortisone to win seven Tour de France titles. During this interview, Armstrong said he didn't used drugs when he made a return to professional cycling in 2009. The cyclist also denied during the interview with Oprah Winfrey that there was no truth to suggestions that his representative tried to pay off the United States Anti-Doping Agency to drop their investigation into him. Armstrong admitted that he was ashamed of what all he had done and had lost about $75 million when his sponsors deserted him last year after a damning report on him was released by USADA.

Armstrong remarked he would testify fully if he is given a similar treatment to other riders who have confessed to doping. He remarked the lifetime ban imposed on hum was a thousand bigger than the crime he committed. The former cyclist said he had no ambitions left to make a return to professional cycling but wants to compete in sanctioned events though he conceded his chances of making at appearance in such events were slim.